Back in February we had reported that Yash Raj Films had roped in Karan Malhotra for a three film deal. If that wasn’t all we had also stated that the first of these three films would feature Ranbir Kapoor. Though at that time details of the film were unavailable, YRF finally released the first look of the film on social media. Announcing the same the official twitter handle of YRF carried a teaser clip with the tag, “करम से डकैत, धरम से आज़ाद Presenting #RanbirKapoor in a never seen before avatar in YRF's next action adventure #SHAMSHERA. Directed by @karanmalhotra21 | @ShamsheraMovie” 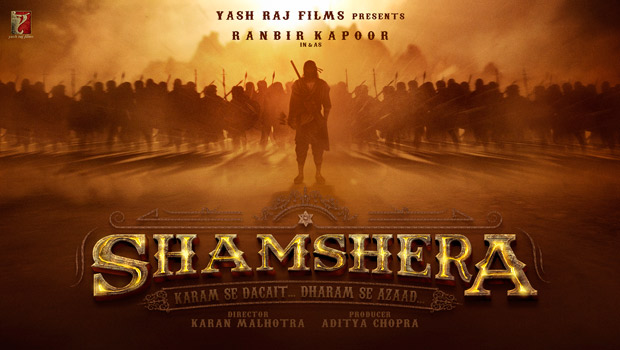 Interestingly, Ranbir Kapoor delivered his first hit with Yash Raj Films’ Bachna Ae Haseeno and then he garnered outstanding critical acclaim for his fantastic performance in Rocket Singh: Salesman of The Year. Now after 9 long years, YRF and Ranbir are set to collaborate again for a desi, mega-action masala entertainer titled Shamshera. The film is part of YRF’s 3-movie deal with Karan Malhotra, who directed the blockbuster Agneepath and then the action spectacle Brothers.

Talking about the movie, Ranbir Kapoor says, “Shamshera is exactly the film I was looking for. While growing up watching Hindi commercial cinema, I had an image of what a film hero should be doing. Shamshera allows me to do everything that I had imagined and it’s a very exciting project for me. Karan is going to take me completely out of my comfort zone and I’m looking forward to this challenge.”

This high-octane adventure is set in the heartland of India and will have jaw-dropping action sequences and a never seen before Ranbir Kapoor. Shamshera is set to go on the floors end of this year and shooting will wrap by mid-2019.