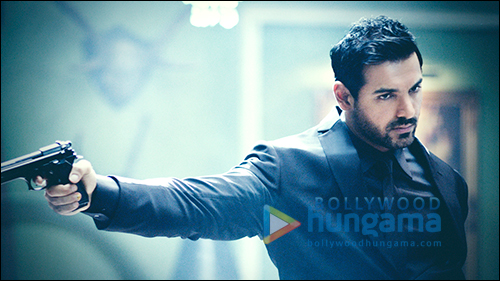 After Force, Nishikant Kamat and John Abraham have teamed up again for Rocky Handsome, a remake of South Korean film The Man From Nowhere.

Set in Goa, Mumbai, Pune & Seychelles, Rocky Handsome is about a heart touching story of a one man army who is on a mission to find the one he cares about the most - a seven year old. The film is a journey of an unforgiving man who embarks on a lethal rampage when the little girl is kidnapped and taken away from him. It is also an adrenaline pumping action film with its backbone being a very emotional and romantic love story in the protagonist's past.

Directed by Nishikant Kamat and produced by John Abraham & Sunir Kheterpal, Rocky Handsome also stars Shruti Haasan as the female lead and is slated to release on March 25, 2016.