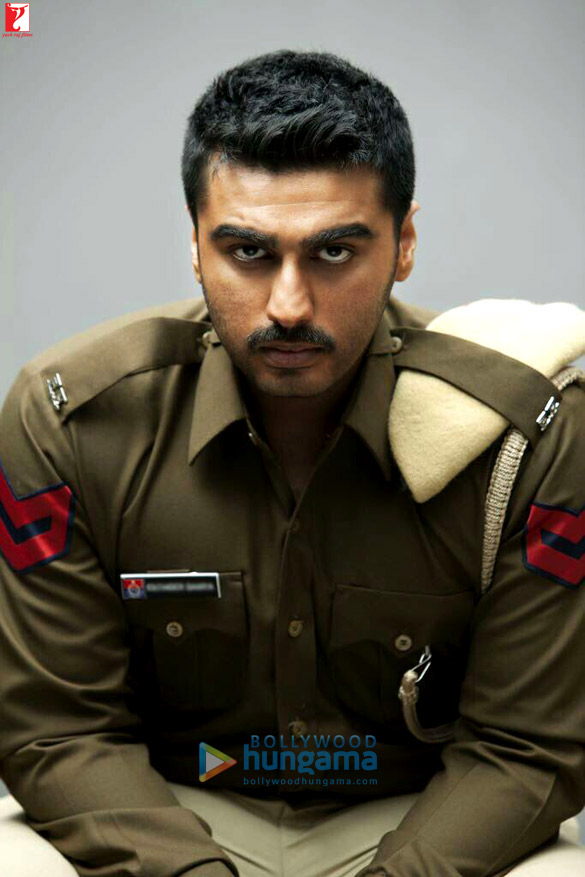 After the much successful Mubarakan, Arjun Kapoor soon dived into his next project, the YRF venture Sandeep Aur Pinky Faraar. The film, that marks the return of Ishaqzaade couple Arjun with Parineeti Chopra, will feature the actor in the role of a cop.

Talking about the details, Arjun Kapoor will essay the character of the 30 year old police officer from Delhi Police’s special unit, Satinder Dahiya in this Dibakar Banerjee directorial.  In fact, in the recently released image, he sports a buzz cut typical of police recruits and looks every bit the heart-land policeman in this photo.

Arjun Kapoor has reportedly spent extensive amounts of time prepping for this role under the supervision of his director Dibakar Banerjee. He interacted with police recruits across all ranks in both the Delhi Police and Haryana police and also visited a training academy to witness all that goes into the making of a heartland cop.

Talking about the look and his role in the film, Arjun said, "Playing a cop is traditionally considered cool in Hindi films. But in a Dibakar Banerjee film, a cop is presented as realistic and yet, unique as a person. It’s that dichotomy of blending and still standing out that makes this role all the more exciting. Dibakar is very specific about the look of his characters. We worked on it for a long time before he decided that this is the look he wants. From my moustache, to my hair cut, to the freckles on my face to make my character look like a cop and yet blend with his environment reflects just how Dibakar has imagined him and his world to be. It will be a gritty entertainer and I’m looking forward to the first day of shoot."

Interestingly, the actor will play a cop for the first time on the big screen. From visiting real life police officer’s families to attending cadet training, weapons handling, physical exercises, fitness training as well as orientation classes for crisis and high-risk conflict situations, Arjun Kapoor has apparently gone through an extensive process to understand and play his character with conviction.

Sandeep Aur Pinky Faraar, which was announced earlier this year, is all set to go on floor soon and is slated to release on August 3 next year.