Ajay Devgn took to his social media handle to unveil the first look of his next film where he plays a Maratha warrior. The actor looks fierce in the poster as the popular Maratha fighter Tanhaji Malusare. 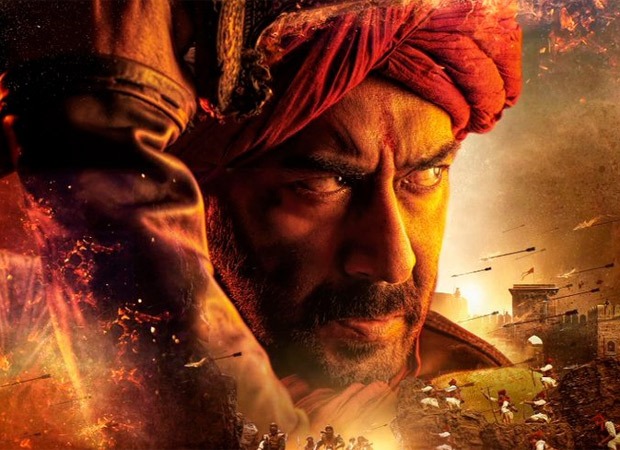 Sharing the first look poster of the film, the actor wrote, "MIND that was as sharp as a sword...#tanhajiTheUnsungWarrior, in cinemas 10th January 2020." This is the first time the actor will be seen playing a warrior on screen.

Meanwhile, actor Saif Ali Khan will be seen playing the antagonist, Udaybhan Rathod in the film. The film unites actor Ajay Devgn and Saif Ali Khan after 12 years. The two were last seen together on screen in the film Omkara. Sharing Saif Ali Khan's first look, Ajay wrote, "MIGHT that cut deeper than a sword."

Ajay Devgn will be seen portraying the role of legendary Maratha warrior Subedar Tanhaji Malusar, who fought alongside Chatrapati Shivaji Maharaj. He helped to recapture Kondhana fort near Pune from the Mughals and as a tribute to Tanhaji’s bravery, the fort was renamed by Shivaji as Sinhagad (Lion’s Fort). Tanhaji was so well-known for his valour and bravery that the famous saint and poet Tulsidas had sung a powada (a Marathi ballad centering on wars) describing the bravery with which Tanhaji had recaptured Sinhagad.

The epic battle will be released in 3D on 10th January 2020. Ajay Devgn starrer, Tanhaji - The Unsung Warrior is produced by Ajay Devgn’s ADF and Bhushan Kumar’s T-Series and is directed by Om Raut.

Sophie Choudry has immersed into the…