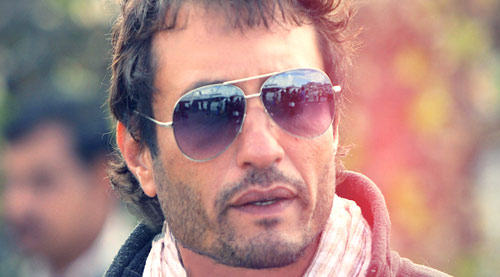 In a few days from now, Homi Adajania would be returning as a director with Finding Fanny, after a good commercial success he got in the form of Cocktail. In fact while Cocktail was basically Imtiaz Ali's idea that was put into execution by Homi, Finding Fanny has been entirely Homi's baby.

How much difference is there when it comes to execution? "In terms of execution, there is absolutely no difference. I jump into the deep end of any project that I am hired to make. On an emotional level I initially have a deeper connect with my own material but that never will affect the effort I put into a job," says Homi.

In fact Homi was earlier heard as stating that for Being Cyrus, even the DVD library owners wondered which genre to allocate it to. Does he expect the same with Finding Fanny too? Smiles Homi, "Well, Finding Fanny would probably go up on the comedy shelf (in the once-were DVD libraries!) but honestly it is quite dark on certain levels and it has a simple intensity. It really depends on how many layers of the 'onion' you want to peel!"

No wonder, the film is being promoted as a quirky affair, courtesy its subject, genre and treatment. "It really isn't that quirky," he says, "It is about a bunch of people who pretty much state the obvious but don't seem to really see the obvious. It has its bizarre moments for sure but it also embraces a languid, beautiful world that is very enjoyable to immerse oneself in."

In a film like this, it is difficult to imagine someone like Arjun Kapoor stepping in. After all, with films like Gunday and 2 States behind him, a world like Finding Fanny appears to be pretty much alien for the Ishaqzaade star. So when Homi approached him for Finding Fanny, what really went into his mind? "I have known Arjun since Being Cyrus when he wanted to do the making-of my film shoot. I am really impressed with the way he has grown as a person and when I saw him in Ishaqzaade, I realized that in spite of lacking the experience, he had a genuinely mature approach to his craft. I wanted certain rawness and knew that Arjun would be able to empathize with his character. Thankfully, he has managed that pretty well with Finding Fanny," assures Homi.

Well, here is looking forward to that!