Filmmaker Ranjit Tiwari, who has directed Lucknow Central, tied the knot with filmmaker Pallavi Jindal earlier this week. The marriage ceremony of the couple was a low key and private affair and was held at her South Mumbai residence. Celebs like Farhan Akhtar and Gippy Garewal have taken to social media to share their best wishes to the couple after Ranjit posted a picture with his wife. 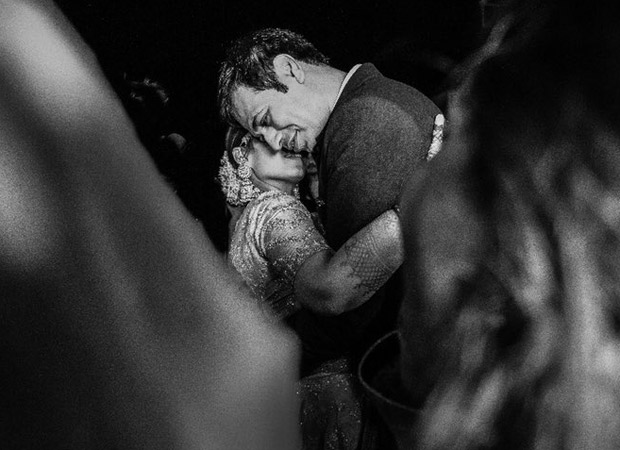 Ranjit Tiwari took to Twitter to share a glimpse of the wedding and shared this picture featuring him and Pallavi Jindal as newlyweds. The couple opted for traditional attired for their wedding and the photography was done by Sisterhood Company. Sharing this adorable picture from the wedding photoshoot, Ranjit captioned it saying, “To new beginnings with my beautiful wife.” To the same, Pallavi too responded, “Love you husband.”

While the couple uninhibitedly expressed their love for each other after their wedding ceremony, best wishes from Bollywood started pouring. Farhan Akhtar and Gippy Garewal, who worked with Ranjit in his directorial debut Lucknow Central, took to Twitter to share their best wishes. Farhan, being the first one to wish, said, “Heartiest congratulations, lots of love and best of wishes to you both .. @ranjit_tiwari. Gippy Grewal too expressed his best wishes and blessings saying, “Mubarkan bro... Waheguru Mehar Kare...” Ranjit too responded with his thank you messages to both actors.

Coming to their love story, reports have it that the two of them met each other for the first time on the sets of D-Day when they were assistant directors to Nikkhil Advani. The duo was initially friends and then later, fell in love. If reports are to be believed, Nikkhil and his entire team attended the wedding.

Also Read: Farhan Akhtar trains for Toofan; gives a glimpse of his gymming sessions on Instagram