Kartik Aaryan and Kriti Sanon are coming to together for the first time for Dinesh Vijan's production, Luka Chuppi. The trailer was unveiled last week and the first song 'Poster Lagwa Do' was released this morning. The song has been recreated which was originally picturised on Akshay Kumar and Urmila Matondkar in Aflatoon. 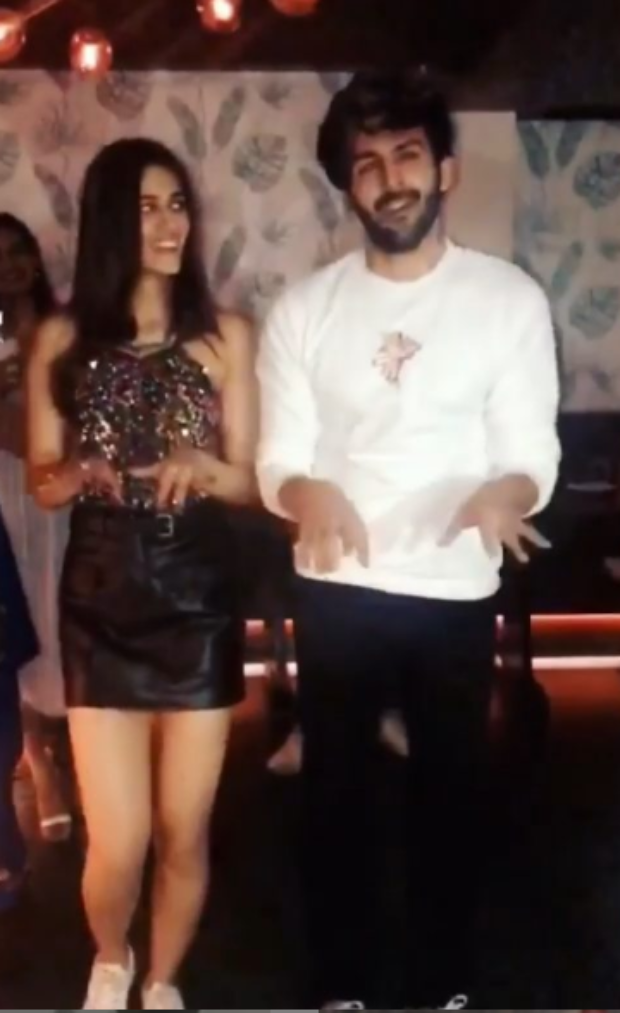 On Monday night, a day before the song release, the two stars along with their cast and crew celebrated the wrap up of the film. While the film was wrapped last year itself, the cast and crew got together on January 28 to celebrate it. Kartik Aaryan and Kriti Sanon were in their element and pretty excited for the new song's release. The two stars were grooving to the beats of their new track and were having a gala time.

Luka Chuppi is about a couple who start living together while making their families believe that they are married to hide their live-in relationship status. Directed by Laxman Utekar, the film is set to release on March 1, 2019.

ALSO READ: Poster Lagwa Do that the Khiladi Kumar grooved with Kartik Aaryan and Kriti Sanon