Alia Bhatt and Ranbir Kapoor have been one of the most talked about couples in the past year. The two of them, who are starring in Brahmastra, began dating during the shooting of the film. Since then, they have indirectly hinted being in a relationship and even made several appearances together. Without a doubt, they are couple goals. And their chemistry was off the charts when Ranbir and Alia won the Best Actor and Actress Awards, respectively, at the 64th Filmfare Awards 2019 on Saturday. 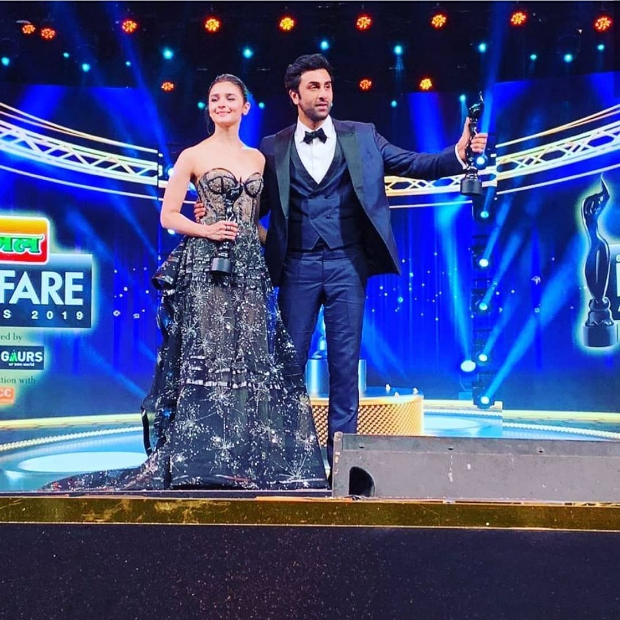 Alia Bhatt won Best Actress award for her performance in Raazi. The actress thanked director Meghna Gulzar and lead actor Vicky Kaushal in her speech. And she ended it by declaring her love for Ranbir Kapoor. She said, "Meghna (Gulzar), for me, Raazi is you, your blood and sweat. You are my main chick. Vicky (Kaushal), without you, the film wouldn’t be complete. Thank you, my mentor, Karan for being my mentor, father and my fashion police. Tonight is all about love, there, my special one, I love you Ranbir." As the cameras turned towards Ranbir, he was seen blushing.

Ranbir Kapoor too won Best Actor award for his performance as Sanjay Dutt in Sanju. The actor gave a sweet kiss to Alia Bhatt and Vicky Kaushal before heading to the stage.

Both their moms were super happy about their win. Neetu Kapoor and Soni Razdan took to their respective Instagram accounts to express their love for both of them.

On the work front, Ranbir Kapoor and Alia Bhatt starrer Brahmastra is set for Christmas 2019 release.