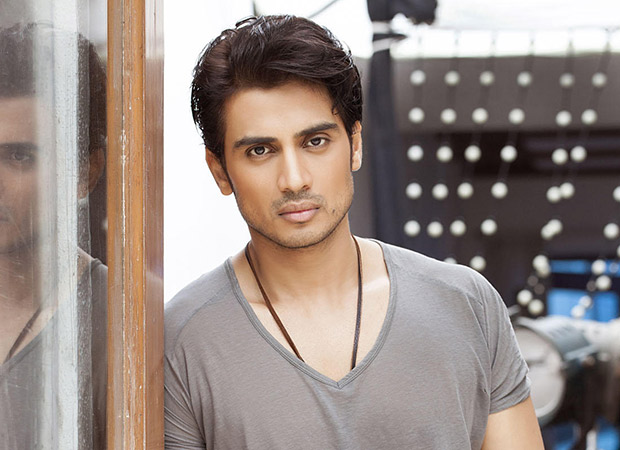 We’ve seen the talented Shiv Pandit make a solid impact in Bejoy Nambiar’s Shaitaan. Now the young actor returns in director Sudhanshu Saria’s Loev in a bold avatar as a closeted gay NRI yuppie, discovering acknowledging and celebrating his sexual orientation in the company of a young out-of-the-closet gay young man, played by the very talented Dhruv Ganesh who shockingly, died soon after the film was completed.

The film has some of the most explicit same-sex intimacy seen in cinema, including lengthy lip locks between Shiv and Dhruv and a shocking rape sequence where Shiv’s character violates Dhruv in a hotel room.

Shiv says he had no qualms shooting these scenes. “From the moment I heard the script I knew this was a film I had to do. For too long now I’ve been listening to others give me advice on how to conduct my career and what kind of roles to accept. Now for a change I wanted to listen to my own heart. Every instinct told me to go for the part.”

Didn’t the shooting of love-making scenes with Dhruv pose practical emotional and physical difficulties? Shiv admits it was tough. “Of course I had a very difficult time doing such scenes. Rape is equally reprehensible whether it happens to a man or a woman. What I did to overcome my revulsion was to not stand judgment over my character Jai’s action. I just went with how Jai reacted to the given situation.”

The rape scene and the kissing are shockingly graphic, never seen before in any film. Says Shiv, “What we shot was much more lengthy graphic and with lots more nudity. The rape was far longer and all done in one take. The pivotal kiss between Dhruv and I on the mountains was also much longer. Our director Sudhanshu decided to cut down both the scenes as he didn’t want the intimacy to overcome the relationship between the two protagonists. Shooting these scenes was tough and when they were cut I was disappointed. I was like, ‘Why did you make us go through it if you didn’t want it to be so lengthy?’ But we went completely by the director’s vision, and it came out effectively.”

Shiv confesses he has still not come to terms with Dhruv’s death. “He’s with us everywhere that my director Sudhanshu Saria and I go with our film. It is impossible to accept that he’s gone. We’ve taken Dhruv’s parents with us to film festivals abroad .Seeing them, we are constantly reminded of Dhruv and the immense loss. One day he was with us, the next day he was gone.” 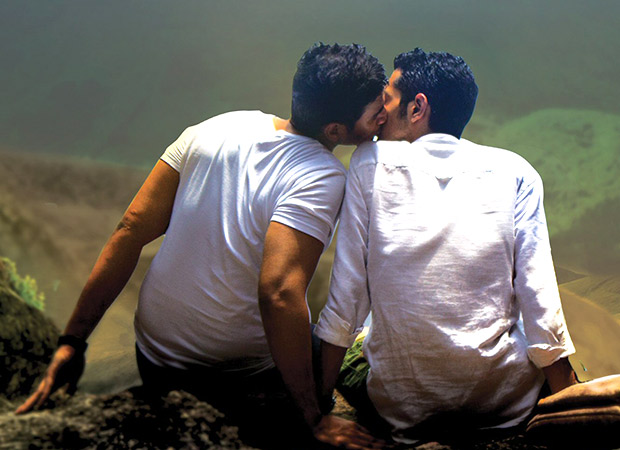 Not that Shiv had forged an exceptionally close bonding with Dhruv during the film’s shooting. “I deliberately kept a distance from him because my character Jai is constantly on the edge with Dhruv’s character Sahil. I saw Jai as repressed and stressed emotionally, professionally and sexually. At his work place in NY he’s under constant pressure. Personally he has not come to terms with his homosexuality. He has a trophy girlfriend in Manhattan and mother demanding he get married. He is living a lie and hating it. Back in Mumbai Jai reunites with this openly gay chap Sahil who is a constant reminder of Jai’s repressed sexuality. Jai is constantly fighting off Sahil’s unspoken challenge to his sexuality. I saw my character Jai as a man fighting many inner demons, wrestling with his own identity. I wanted that tension to come across in my relationship with Dhruv’s character. I didn’t want us to bond as buddies off screen. It’d have taken away from the sexual tension between us on screen.”

The film ends with Shiv’s character parting with his weekend lover. Could they be reunited somewhere in the future?

Shiv mulls over that one and finally says, “I guess they could be, though there is too much guilt between them. Dhruv’s character Sahil is too young to understand the full implication of what my character has done to him (the rape). But my character knows his act is unforgivable. So he leaves. I guess we’ll never know if Jai can get together with Sahil again. Dhruv is no longer with us.”

Any reservations about having played a gay man? “None at all. I was advised against it. I was told my career would be finished if I play a gay character. On the contrary I’ve never been more appreciated for any of my roles. My mother saw the film. She was initially taken aback. But she got the point better than people who believe an actor playing a homosexual would be branded unemployable.”