Last Updated 04.02.2023 | 11:17 PM IST
feedback language
follow us on
Bollywood Hungama » News » Bollywood Features News » “I felt like I was on a vacation visiting a gaon,” says Apna Time Bhi Aayega’s Megha Ray on shooting on a new set

Zee TV introduced a new fiction show - Apna Time Bhi Aayega, which follows the inspirational narrative of Rani, the young daughter of a head staff member of an affluent family of Jaipur. Refusing to be tied down by her humble roots, Rani (Megha Ray) wants to break free from the shackles of her background to carve her own destiny. Since its launch, this family drama has kept its viewers entertained through unpredictable yet entertaining twists and turns. While Veer (Fahmaan Khan) and Rani got their viewers excited by their sudden engagement and blooming love story, the duo have now reached the district of Ballia (Uttar Pradesh), Rani’s hometown where both of them will be seen raising the entertainment quotient with their fiery on-screen chemistry. 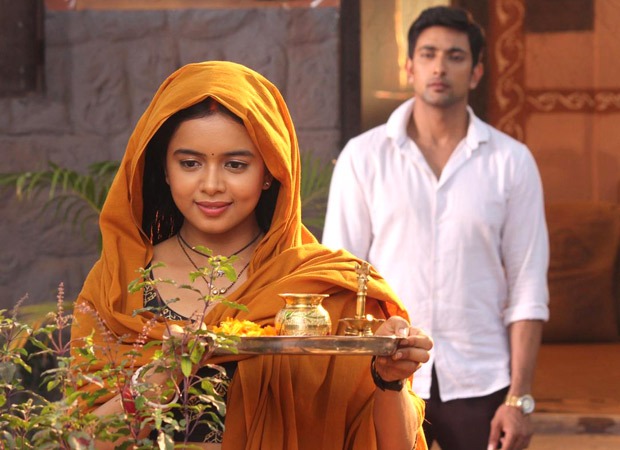 “I felt like I was on a vacation visiting a gaon,” says Apna Time Bhi Aayega’s Megha Ray on shooting on a new set

In an attempt to capture the authentic flavour of this little UP district, the makers decided to move out from their regular set to create a look alike of a Ballia village in Madh Island, Mumbai. The actors have been shooting at the new location for beyond two weeks now and are rather thrilled with the change of environment. Megha Ray in particular has been having quite an adventurous time while shooting at the new location. From munching on paan to playing with cows and hens to even dipping her feet in fresh cow dung, name it and Megha has experienced it all.

Sharing her experience, the actress said, “Ever since we moved to this set, every second day I get to experience something new which is frankly very thrilling for me. I am not used to shooting in this atmosphere or shooting amidst such a backdrop and there were a lot of elements that came as a first for me. Amongst most of them, I remember I was asked to climb a big tree located in that village setup and as nerve wrecking as it sounded to me at first, I managed to pull this off after something like 5 -6 takes (laughs). Apart from this time, I remember one day when I accidentally stepped into gobar (cow dung) which really made me cringe, but we all had a really hearty laugh after that. The whole outdoor experience was honestly much needed and initially I felt like I was on a vacation, visiting a gaon. I absolutely loved shooting amidst nature, sunlight and the cool breeze.”

Adding further about the set, “While I haven’t been to Ballia, I have seen the makers and the creative team take extra effort and special care to ensure that we stay true to the aesthetics and the quirks of this UP district. The detailing is honestly worth appreciating and I am confident that the place we are shooting in currently does replicate the villages of Ballia. Every second moment spent shooting here was new and refreshing.”

Well Megha may have surely had a rather gala time living Rani’s life, but her character is all set to face the biggest shock of her life. Rani and Veer might be getting close to each other but it seems like Veer plans to leave Rani behind upon Rajeshwari’s commands.