Aishwarya Rai Bachchan is reuniting with her Taal co-star Anil Kapoor in an upcoming film, Fanney Khan. The first teaser released on June 26. While very little is known about Aishwarya’s character, it is known that she plays a singing sensation in the film. The filming has wrapped up but Aishwarya was recently seen filming a song in gorgeous golden attire. 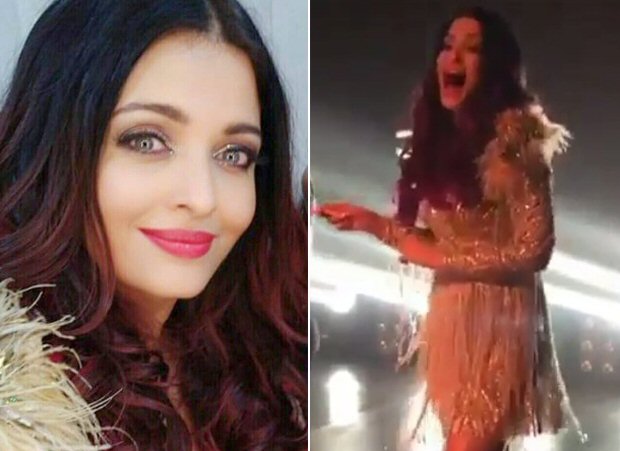 We came across a video from Aishwarya Rai Bachchan's song shoot where she was filming the song. She is seen in a stunning golden shimmery outfit as she enjoyed a light moment with her makeup artist. She was seen break into laughter while shooting the song. Beach wavy hair, simple makeup rounded her shoot look.

Earlier, it was reported that Hollywood popstars Rihanna and Beyonce’s choreographer Frank Gatson will be training her for the song. She was recently training with his troupe who has choreographed the song.

Directed by Atul Manjrekar, Fanney Khan is a one of its kind musical comedy and a story about a father who wishes to fulfill the dream of his daughter who is an aspirational singer. Rajkummar Rao essays the role of the love interest of Aishwarya in the film. Fanney Khan is produced by Bhushan Kumar, Krishan Kumar, and nominees of ROMP.  The film is slated to release on 3rd August 2018.