While we have Sanjay Kapoor on the big screen, Maheep Kapoor stayed away from limelight for a long time. But with the reality show Fabulous Lives of Bollywood Wives, the jewellery designer has acquired a new pinnacle of fame and now she is shining star on social media too. After giving us a glimpse of her relationship with her husband and family, the doting wife decided to do something special for her hubby on the special day of their anniversary. She took to social media to share a lovely post, dedicated to her husband. 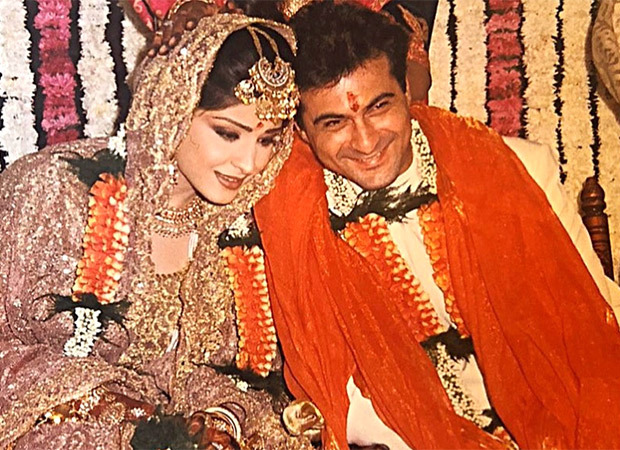 Maheep Kapoor, who has been quite active on social media with the growing popularity of Fabulous Lives of Bollywood Wives, posted a special anniversary post for husband Sanjay Kapoor. She shared a series of photos from their wedding album that are two decades old, as she walked down the memory lane, recalling their ceremony. She also captioned it in a short and sweet manner saying, “24 years ago ?? #HadStarsInMyEyes ??” While Sanjay did not share a post on the anniversary, he reposted his wife’s post on her Instagram story.

On the other hand, followed by her post, best wishes messages started pouring in on the post across all quarters. The ‘Fabulous’ gang of Bhavana Pandey, Neelam Kothari Soni, and Seema Sajdeh dropped heart and heart-eye emojis on the post. Also, Neelam went on to add the ‘Happy anniversary’ wish for the filmy couple. Besides them, Neetu Kapoor, designer Farah Khan Ali, Chunky Pandey, Sophie Choudry among others also shared their lovely wishes on the post.

For the unversed, Maheep Kapoor is a model turned jewellery designer. On the entertainment front, she is expected to soon kick start work on the third season of Fabulous Lives of Bollywood Wives with Bhavana Pandey, Neelam Kothari, and Seema Sajdeh. Besides that, she has also been toying with the idea of starting her own show on cosmetics surgery.

Also Read: Inside the Dubai birthday bash of Sanjay Kapoor: Maheep Kapoor shares photos of food and fun with family