Bollywood actress Kangana Ranaut has recently wrapped the Assam schedule of her upcoming film Emergency. Soon after a short break, teh actress reported back on the sets of her second Tamil project, Chandramukhi 2. While fans are excited to see Ranaut back on the big screens, the actress is leaving no stone unturned to polish her skills. She often posts videos of herself taking Indian classical dance classes. Interestingly, on Friday, Kangana recalled a fond memory of her childhood and shared it with her fans via her Instagram story section. 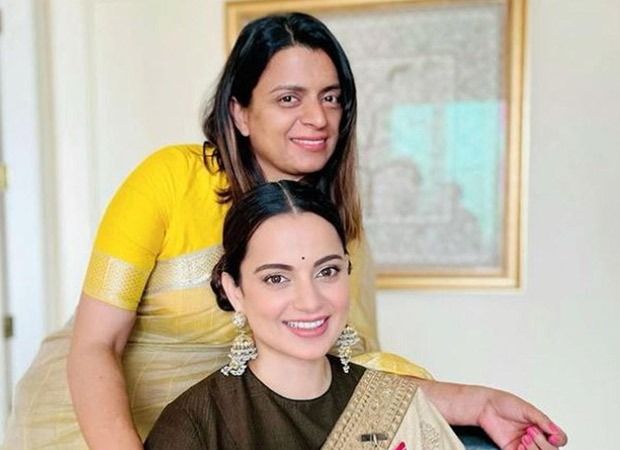 On Friday evening, the Queen actor posted a childhood picture of herself in which she can be seen posing for the camera with an ear-to-ear smile. Going by the photo and the caption of the actress, she was nearly ten or eleven years old when the throwback picture was clicked. Kangana as a young girl looked beautiful as she sported a blue saree along with red lipstick.

Captioning her Instagram story, the Tanu Weds Manu actress wrote, “Like most girls when I was 10 or 11 years I wore my mother’s saree and lipstick stole @rangoli_r_chandel hand band and pretended to be a classical dancer… ha ha (sic).” 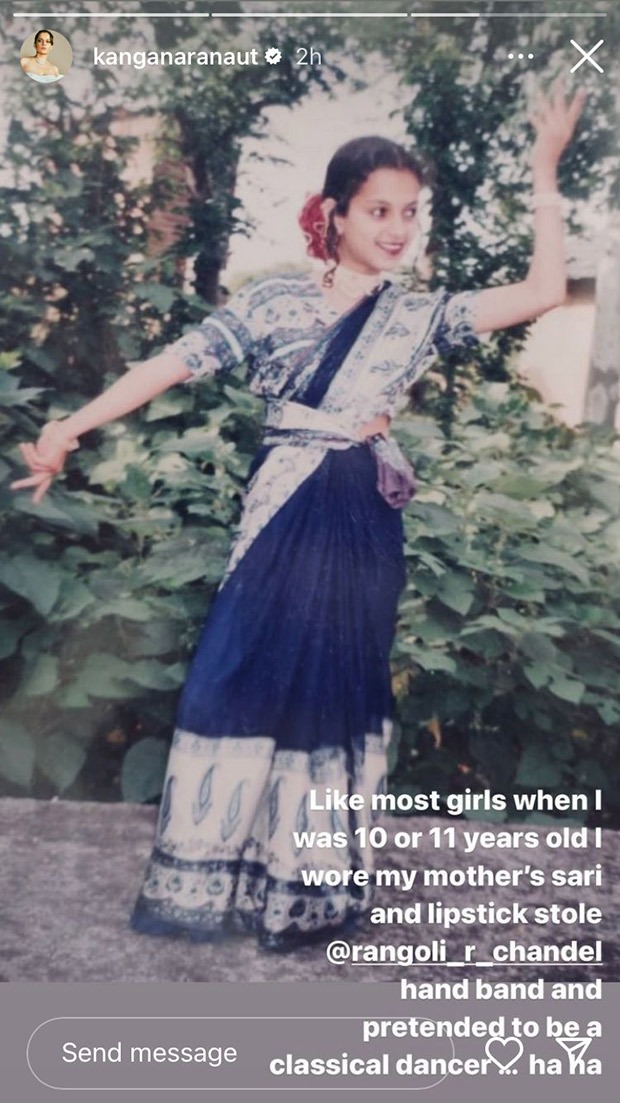 Though the Simran actress is an avid social media, it’s very rare when she shares her childhood stories with fans. Earlier this year in the month of April, on the occasion of International Siblings Days, she shared childhood photos with her sister Rangoli Chandel and brother Aksht Ranaut. In her post, she also revealed that she had an elder brother but he died as an infant.

Coming to her professional front, as mentioned above, the 35-year-old actress has an interesting lineup for the coming year. Along with Emergency and Chandramukhi 2, she also has Tejas in her kitty.