Disha Patani is all set to impress us with her act in Salman Khan-Priyanka Chopra’s Bharat. Her last two movies: M.S Dhoni – The Untold Story and Baaghi 2 were astounding box office successes and looks like third time is a charm for Disha. While her filmy career is definitely pick up, she has been making more noise for her hot photo shoots, her fab fitness routines and of course her kickass dance moves. Disha has shared a latest pic from her beach wear photo shoot and needless to say, she looks flawless, fabulous and every bit fit in it. She sure is a stunner and knows how to turn heads with her hot form. 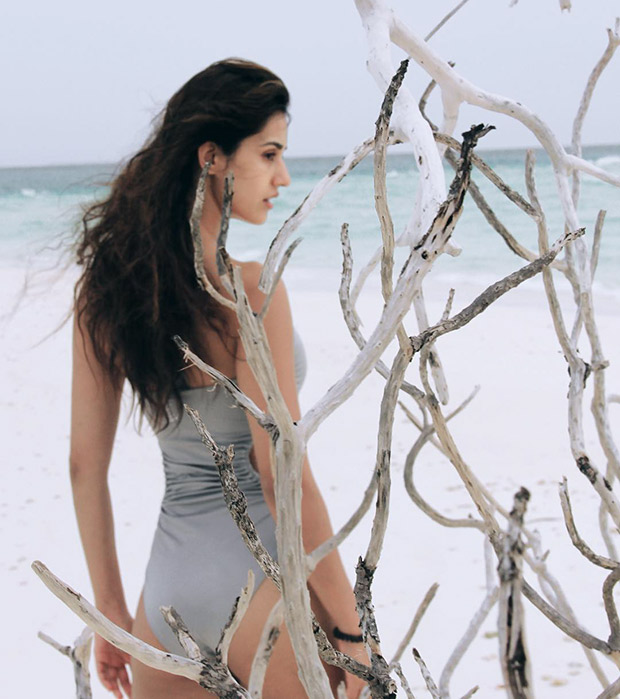 She was in the news because she made an appearance with Tiger Shroff at the event of the year: Akash Ambani and Shloka Mehta’s engagement party at the engagement residence over the weekend. The two have never admitted to their relationship but they made an official entry at the venue confirming that the two are indeed seeing each other. They also made a lot of noise after they went to Sri Lanka for a vacation before Baaghi 2 released this year. They have always maintained that they are ‘good friends’ but we know there is so much more to their equation than just friendship.

Disha’s next film Bharat is already in news because it is a comeback movie for Priyanka Chopra and moreover, it is an official adaptation of the 2014 South Korean film Ode to My Father. The movie is set during India-Pakistan partition period and spans for 70 years after that. It is Salman’s pet project and Disha is playing a trapeze artiste in the same.

Also Read : Whoa! Disha Patani to learn the skills of a trapeze artist in a MONTH for Salman Khan starrer Bharat

Nick Jonas reveals most of the songs in his…