Last Updated 30.05.2020 | 11:54 AM IST
feedback language
follow us on
Home » News » Bollywood Features News » Bollywood News Mental Hai Kya: We are in love with this ‘Sunshine’ avatar of Kangana Ranaut

Kangana Ranaut has already left us surprised with her choice of films. And Mental Hai Kya looks unconventional as ever. Considering that it also sees her reuniting with her Queen co-star Rajkummar Rao, many are eagerly awaiting details of it. After receiving a glimpse of her look last time, here’s another look from the film. And now yet again, we have got a similar sneak-peek of the actress from Mental Hai Kya. 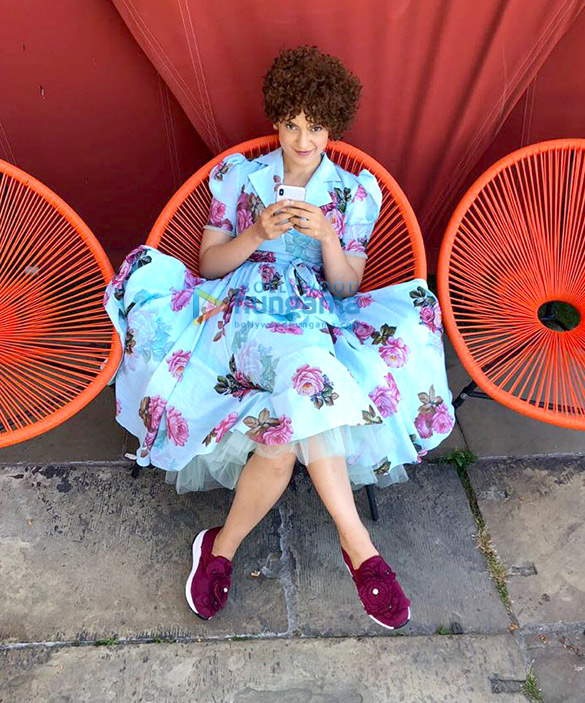 Kangana Ranaut impressed us looking as radiant as ever in this blue floral print dress. And like last time, she was sporting a bob cut with curls. Surprisingly, the ‘Sunshine’ avatars that Kangana has been sporting for the scenes are quite the contrast to her dark looks that were released along with the posters of Mental Hai Kya.

Well, the movie promises to be an unexpected ride of thrills and quirks. In earlier reports, Kangana revealed that the film could be as interesting as the concept of alternate reality. The film that features Kangana and Rajkummar in completely different avatars and the posters indicate their dark and goofy avatars.

As for the actress, she is expected to essay the role of a voice over artist. In fact, Kangana Ranaut has also undergone extensive training sessions to get into the skin of the character. 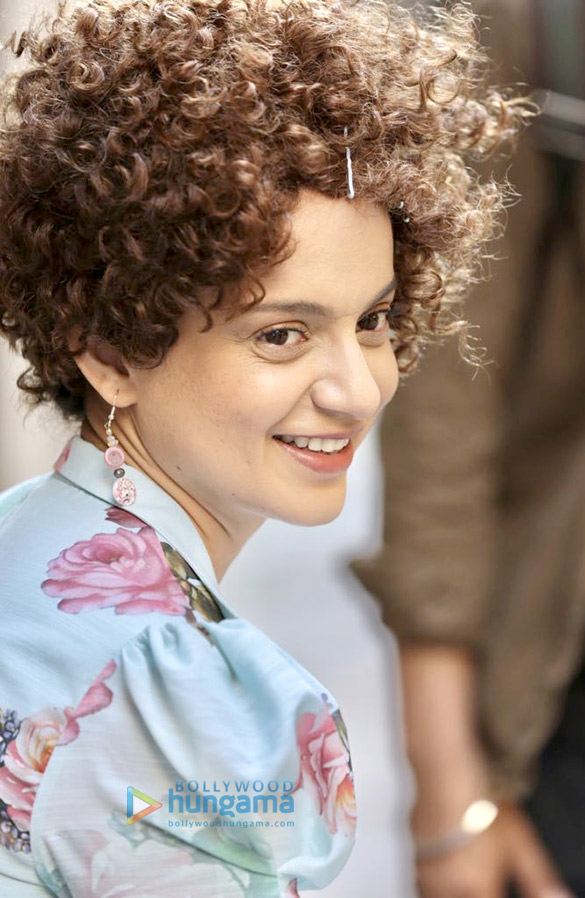 Producer Ekta Kapoor had once revealed that the film is based on the concept that ‘sanity is overrated’. The psychological thriller will be directed by Prakash Kovelamudi and it marks the South filmmaker’s foray into Bollywood. The film also stars Amyra Dastur, Satish Kaushik and Jimmy Sheirgill in key roles. While Amyra plays the role of Rajkummar’s love interest, Satish plays a cop and Jimmy will be seen as a theatre artist.

Mental Hai Kya is being extensively shot in London and the release date of the film is yet to be announced.