The Kichcha Sudeepa – Ajay Devgn debate that started on Twitter, kicked off a nationwide debate on Hindi vs South. What started as a small argument between a South and Bollywood superstar, fuelled up into a massive row with other celebrities stating their opinion on a language debate. In a recent exclusive interview with Bollywood Hungama, the South star hopes that his recent debate with Ajay Devgn does not affect his dream of working with the superstar’s wife and actress Kajol. 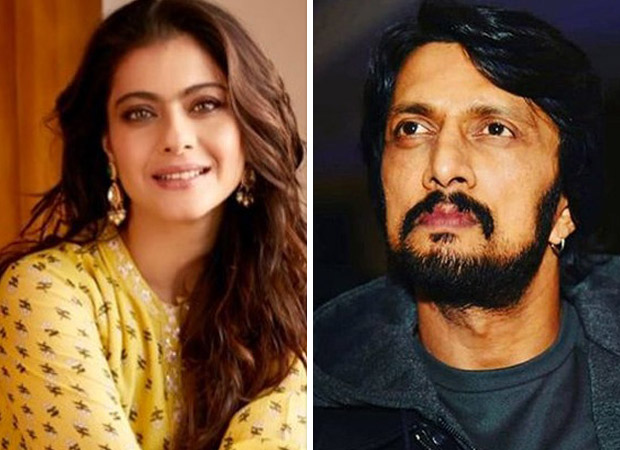 EXCLUSIVE: “Will never give up my hope of working with Kajol” – Kichcha Sudeepa doesn’t want Twitter debate to affect his dream

In our Bollywood Hungama exclusive interview, Kichcha Sudeepa revealed that his repercussions of tweets would probably never leave him any chance to work with Kajol and being a huge fan of the actress, he has been hoping that this dream will come true some day. Speaking about it, Kichcha Sudeepa said, “I'll tell you what happened. After I tweeted, people came and told me that it was a nice debate and everything. I think I was in Mumbai when Ram Gopal Varma had come and said it was a very nice the way you maintained your dignity. You maintained your respect towards him (Ajay Devgn) and it was wonderful. And after that, he asked, ‘Why do you still look like as though you're having a volcano on your head.’ I said, ‘No, sir. I just had this great dream of working with Kajol ma'am. I think they just fell flat with this debate. I don't know if that's ever going to happen at all. I was not even worried about that tweet. I was like, oh, God, okay. This is one thing I want to do. I didn’t know if that’s gonna happen at all? That was running in my head, though.”

Kichcha Sudeepa went on to conclude adding, “I will never give up on my hope of working with Kajol. I am rocksteady on that.”