War starring Hrithik Roshan and Tiger Shroff became one of the most successful films of 2019. The film entered Rs. 300 crore club and its lifetime collection was Rs. 317.91 crores. The film made the fans swoon over the dynamic duo that Hrithik and Tiger were who are also rooting for a sequel. There have been speculations that YRF might be considering taking the actioner forward with War 2. But, would the actors like to be part of it? 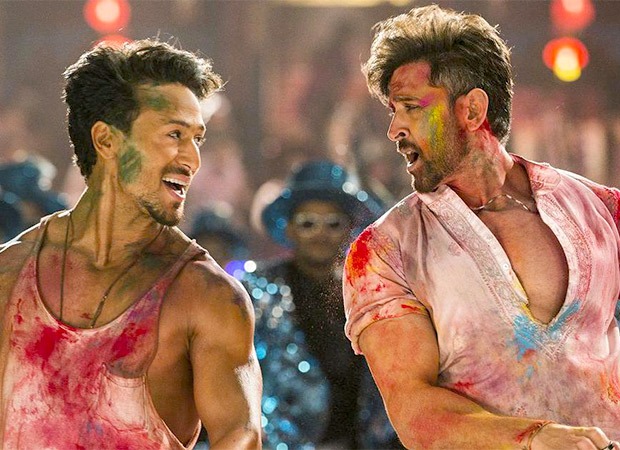 Hrithik Roshan spoke to Bollywood Hungama about working with Tiger Shroff and whether they would do the sequel. While he did not respond on War 2 news but he did praise Tiger. “I don’t do know how impressed I was I. I was absolutely amazed.  I was so happy every time he was facing the camera, and I was trying to give as much of myself as I can to him because he was really eager to do his best.  Once you have the desire and urge to better your best, I get ignited, if I am around people who are wanting to be their best, it ignites me like nothing else. I love working with people who are constantly working to be a little better. Tiger is one of the best in that. He really really tries and he has done so well in the film. I am so proud of him. There were times when – the first scene that we did with each other in film is when I’m on the sofa, he standing there and the tunnel is there and then I walk upto him and say some dialogues – it happens seldom when that scene starts and you feel this is Kabir Singh and then Khalid starts to talk and he takes it away. Then, Kabir starts to talk and takes it away and gets more witty. And it just keeps going back and forth. That was so exciting to see. That’s my favourite scene in the film.”

Hrithik Roshan is currently is basking in the glory of back to back success of his films with Super 30 and War. He is next starring in Krrish 4 and Satte Pe Satta remake.