Filmmaker Rohit Shetty’s actioner Sooryavanshi starring Akshay Kumar may have been wrapped but there’s a lot of post-production work still left to be finished. This Christmas, Katrina Kaif and Akshay had a working day and were shooting for a larger than life carnival song in Mumbai. 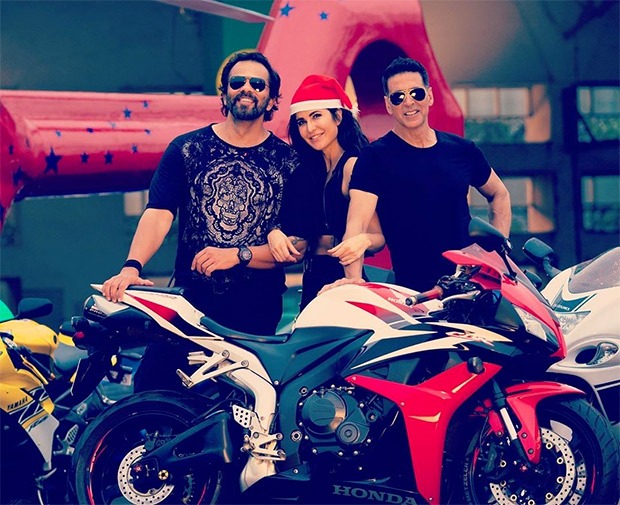 The photos from the set were leaked where Akshay Kumar and Katrina Kaif were dressed in all-black outfits. They were surrounded by many dancers and four helicopters. The song has been choreographed by Ganesh Acharya. The song shoot began early morning on Christmas Day and the set was larger than life surrounded with bikes and cars.

The very same day, Katrina shared photos with the team including Akshay and Rohit to wish their fans on Christmas. She wrote, “Merry Christmas to everyone. from the team of sooryavanshi @akshaykumar @itsrohitshetty.” 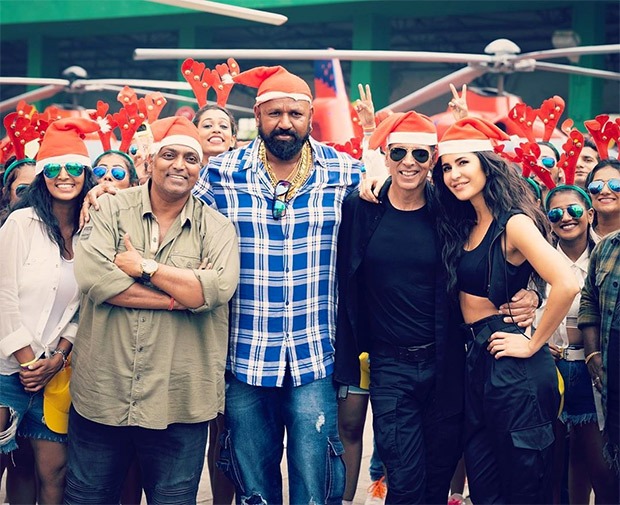 Ranveer Singh and Ajay Devgn, who have a cameo as Simmba and Singham, shot climax in Hyderabad earlier in October. In Sooryavanshi, Akshay Kumar is essaying the role of an ATS officer Veer Sooryavanshi. The film will be jointly produced by Rohit Shetty Picturez, Cape Of Good Films and Dharma Productions. The film is produced by Hiroo Yash Johar, Aruna Bhatia, Karan Johar, Apoorva Mehta, and Rohit Shetty. It is scheduled for March 2020 release.

Merry Christmas to everyone ????❤️from the team of sooryavanshi @akshaykumar @itsrohitshetty