Earlier in January, Bollywood Hungama reported that Salman Khan will reunite with Bajranji Bhaijaan filmmaker Kabir Khan for their next project. “Kabir Khan, who wrapped up shooting for ‘83 recently, has narrated an idea to Salman, which he has loved. The duo has discussed a probable collaboration and might go ahead with the same once Kabir locks the script and screenplay. Both of them are eager to collaborate after a 4-year break,” revealed a source close to the development.

Speaking exclusively to Bollywood Hungama during The Forgotten Army promotions, he said, "These are just talks. These are rumours. I wouldn't say just rumours, it's just chatter. As actors and directors, we often meet and talk but a film only happens when there is a script and the script which is equally exciting for the actor and the director. Honestly, as of now, which film I am doing post '83, I don't know. There are some ideas that I am working on. I am very excited about those ideas but definitely nothing has been confirmed." 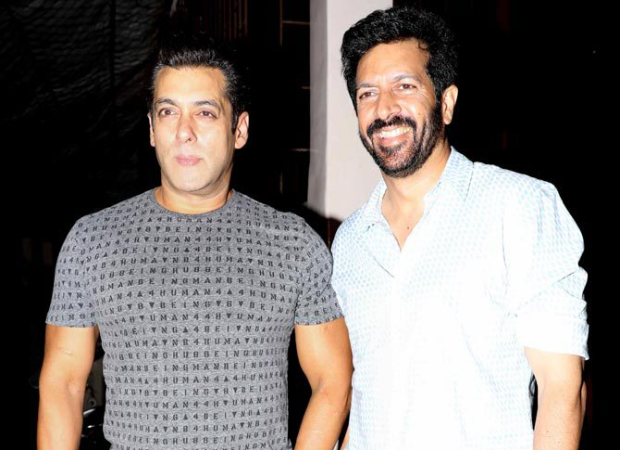 When asked Kabir Khan whether he has been a recipe for Salman Khan taking up different projects, he said, "I wouldn't say that. Salman Khan is a huge star and absolute beloved of the masses. Of course, I have collaborated with him three times. I am very comfortable with him and he is like home for me. Yes, if there's a script that the two of us would like to collaborate on and the character is suitable for him, I'd love to work with him. There's absolutely no doubt about it. I am really very comfortable working with him. We both share certain sensibilities which makes it easy for me to work with him. But, as of now, I don't really have that script which I feel is suitable for him because those scripts are still being developed."

He further said, "The Forgotten Army and '83 are two of my most ambitious projects that have come back to back. So, the last three years have been a bit of a whirlwind for me. So, once '83 releases in April, I will require that 3-4 months to reach out to myself and get a clearer perspective on what I am doing next.  If there's an idea which is suitable for me and Salman, I would not think twice before doing it."

There were reports of their fallout after the failure of Tubelight. But, it seems like all is well between the actor-director duo. Talking about the conversations they've had previously, Kabir said, "Absolutely. It's a question of whether he convinces me or I convince him. I must say this that Salman has played a larger role in my understanding of evolution in mainstream space. There's a reason why he is a superstar. Yes, out of the 10 points we discuss, I might not agree with the majority of them but there would be some which are absolute gems that I have definitely included in my films which have worked and helped me. I've said this before that when it comes to approaching a film, I am more realistic and he has more flair for mainstream cinema. I am always pulling him down and he is always pulling me up. When we reach that equilibrium, we sometimes touch sweet spot which, I think, happened in Bajrangi Bhaijaan. It was a perfect blend of a little Eutopian fairytale storytelling yet rooted in realistic characters and the world. I think that is why the film got the kind of love that it did."

Two years ago, Ali Abbas Zafar's Tiger Zinda Hai released which was a sequel to Kabir Khan's Ek Tha Tiger. When asked whether he would have liked to direct the film, he said, "I don't get excited by sequels. So, no. If I think I had believed in sequels and I would have spoken to Aditya Chopra and I think we would have continued it and taken Tiger forward. Having said that, I must say that I never thought about it when I wrote the story for Ek Tha Tiger. For me, that was the end. All credit to Ali, who thought of it and envisioned that this character can come back alive in very realistic way and he took it forward. And with great success. So, that credit for Ek Tha Tiger sequel is completely Ali's. I can take credit for creating the character but doing what he did with Tiger Zinda Hai is totally Ali's vision.

If Kabir Khan and Salman Khan do come together for a film, this will be their fourth collaboration post Ek Tha Tiger, Bajrangi Bhaijaan and Tubelight.