After the emotional juggernaut of Avengers Endgame, Marvel fans are gearing up in excitement as the studio has already unveiled plans for a massive lineup in the years to follow! This new phase of Marvel has been said to be the biggest of all in history, beginning with the standalone superhero flick Black Widow due for release in 2020. We have already seen the action-packed trailer of the film which also gives a glimpse of Red Guardian played by Stranger Things actor David Harbour. 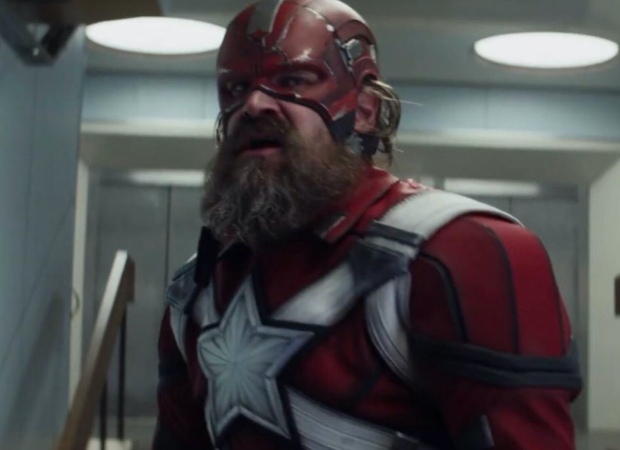 In a recent interview with The Wrap, David Harbour reiterated that Red Guardian aka Alexie Shostakov was supposed to Captain America of Russia back in the day. "He’s this guy who is closely linked to Natasha back in the day. I don’t think it’s been quite revealed exactly how, but I think you can see in the family dynamic that he was a bit of a fatherly figure to her. And a number of years go by and he’s past his prime. So he gets back into his superhero outfit, and it still fits, but it’s a little tighter than before. I think the great thing about the Red Guardian is he really is– he was the Captain America of his day for Russia. And he was the great hope of Russia, in a certain sense," he said.

Going by the speculations, the film will fit the timeline right after Captain America: Civil War. Marvel Studios is all set to present Black Widow on 30th April 2020, on Thursday, in 6 languages – English, Hindi, Tamil, Telugu, Malayalam, and Kannada.