Sunil Grover, Salman Khan and Katrina Kaif are running from pillar to post, promoting Bharat on every platform. Sunil, who is known for his comic sense and immense acting abilities shot to fame with his joint act with Kapil Sharma on television but after a drunken brawl, Sunil separated himself from Kapil and show in 2017. A lot of things have happened since then and Sunil is now in a much happy space. Kapil too picked himself up and is now running a new show on television. 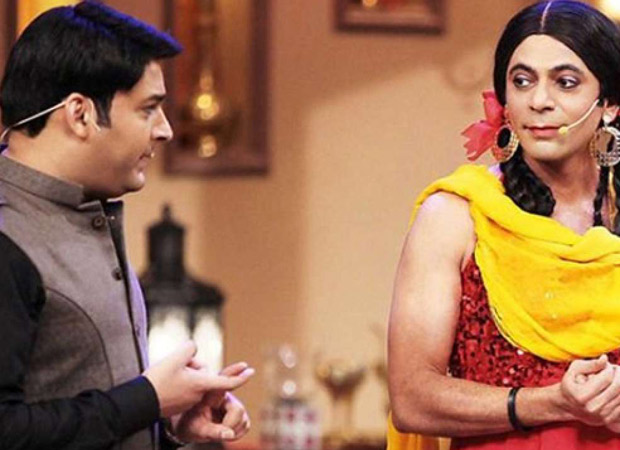 Incidentally, this show is produced by Salman Khan’s house and it is pure co-incidence that Salman has worked with Sunil in Bharat too. So, Sunil’s return on The Kapil Sharma Show with Salman to promote Bharat was much anticipated. But, Grover kept his stance clear and did not go on the show.

He spoke in detail about this in his interview with Bollywood Hungama. He was asked if he would ever work with Sharma to which he said, “Mujhe lagta hai ki kayi baar destiny hoti hai ki, aapka saath kisi project mein kisi point tak hota hai. Ishwar ne chaha to jarur kabhi na kabhi kaam karenge. Bhagya hoti hai … destiny hoti hai…kuch cheezen ho gayi, khoobsurat cheezen hai..mujhe itna recognition mila, itna pyaar mila, itna time bitaya. Woh bahut bahut khoobsurat memories hai jo mere saath rahenge hamesha (Lot of time destiny plays a part in deciding how much would your presence be in a certain project. It is all related to destiny. A lot of things happened, lot of beautiful things happened too. I got a lot of love and recognition working with him and I would always remember that. If it is written in my destiny, I would work with him again.)"

Sunil even confessed that he had met Kapil a couple of times at social dos. When asked clearly about why he did not go on to The Kapil Sharma Show to promote Bharat he said, “Mera jaana kuch aisa zaruri bhi nai tha. Jis film mein Salman Khan hai, Katrina Kaif hai toh mukhe nahi lagta ki aapko promotion ke liye aur kisi element ki zarurat hai. Aur mera mann nahi kiya jaaneka toh mai nahi gaya (It was not necessary for me to go there because if you have Salman Khan and Katrina Kaif promoting a film, you don’t need any other element. Also, I did not feel like going there so I did not go.)"

Also Read: EXCLUSIVE: Sunil Grover reveals how he broke the ice with Salman Khan over LUNCH on Bharat sets (Watch)