Salman Khan and Sunil Grover have teamed up together for Bharat and well, it is really exciting to see them together. While Salman is playing Bharat, the titular role, Sunil Grover will play his friend Vilayati. In an EXCLUSIVE interview with Bollywood Hungama, Sunil revealed that it was not easy shooting with Salman at first because well, he was a bit intimidated by Bhai but Salman being Salman, made him feel comfortable by inviting him over for lunch. 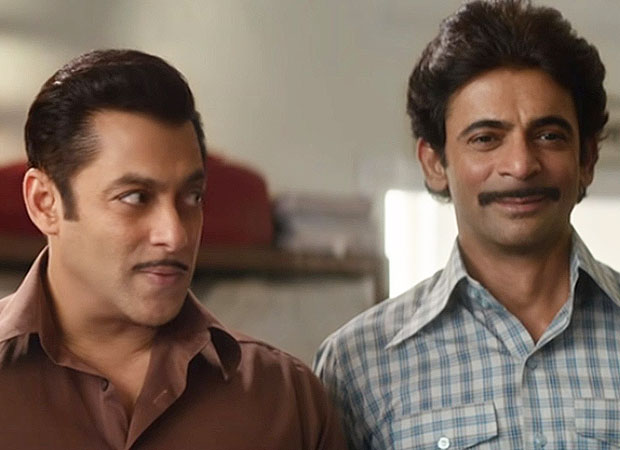 He said, “Dheere-dheere comfortable ho gaya. You have grown up on Salman Khan’s films and suddenly itna comfortable nai hota.” But he said that because Salman is such a nice human being, it just was easy to work with him. He said further, “Wo space dete hai …dheere dheere easy ho gaya. (I got comfortable with him slowly. He gives space and lets you be so it got very easy after a while)”

He then recalled the incident when he was invited for lunch by Salman. He said, “Ek mauka aaya jab ..Film ki shooting ke dauran ….lunch break hota hai toh unke ghar se lunch aata hai … toh mujhe invite kiya lunch ke liye . Uske baad mai khud phoch jata tha lunch karne unke yahan..dheere dheere comfy ho gaya… (On one occasion while shooting for the film, I was called to have lunch with SalmanSir who gets his food from his home. After one occasion I went there on my own every day. Slowly I got comfortable being around a big star like him)”

Sunil said that he feels very proud to be a part of Bharat because of course he got to work with Salman Khan and Katrina Kaif. He also said that the movie sets were like Alice in Wonderland for him because it was fun roaming around the world to shoot the movie. For Salman especially he had very kind words to say. He said, “Bahot vishwas hai Salman Sir par mera. He is kind, on a serious note, motivate karte hai logong ko. Shayad mujhe motivate karte hai. Mere saath unka sneh hai pyaar hai , aashirwad hai. (I trust Salman Sir a lot. He motivates me a lot maybe because he loves me, blesses me)”

Katrina Kaif misses her teammates while…