Last Updated 27.09.2020 | 8:53 PM IST
feedback language
follow us on
Home » News » Bollywood Features News » Bollywood News EXCLUSIVE: “I have suffered a lot, in my work also, because of the image they made of me”- Neena Gupta on blind items

After the untimely demise of Bollywood actor Sushant Singh Rajput, a lot has been discussed about the ill effect of blind items on an individual’s mental health. Designer Masaba Gupta who is coming up with a Netflix series inspired by her life- Masaba Masaba has also faced something similar. Masaba Gupta is the daughter of senior actress Neena Gupta who is also a part of the series. In an exclusive chat with Bollywood Hungama, the mother-daughter duo spoke about their opinion on blind items and how it has affected their lives. 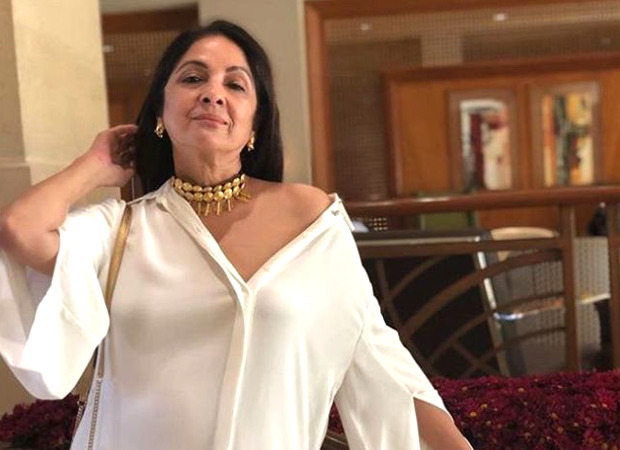 Neena Gupta has been on the receiving end of blind items several times. Speaking about it, she said, “Over the years, I have learnt a lot. When I came in, I was too naive. If somebody wrote something about me, I would go to the press and say bad things and say that this is wrong. Slowly I realised that you are a public figure and you have to be careful as to how you behave in public because everybody is always looking at you, trying to find something interesting about you. I have suffered a lot, in my work also, because of the image they made of me. But I always say that it is my fault I did not understand the business I was in and I let myself be sucked in by these kind of people. Today, you have to be careful of what you say because you are a public figure. How you behave, what you wear, all these things are very important. I have learnt now, but I still make mistakes. I have understood how to behave.”

In the trailer of Masaba Masaba, there is a scene where Masaba’s life gets affected by a blind item. Speaking about a blind item written about her in the past, she said, “There was one time, maybe a year or year-and-a-half back . There was something written about me in a blind item. It was very clear it was about me. But I cannot tell you how it was 100 % false. It not only spoke about a false event in my life, it also spoke about me and it said something like ‘oh she is trying to fit in her whole life and this and that and she has famous friends’. I think I am way more than somebody who has famous friends. I was hurt by that. I have read a lot of blind items but I have never seen something so completely false.”

“My only thing is whenever something like this comes up, I think it is so unfair that a celebrity or a public figure cannot even say a word and justify themselves. That has been published and you have become the bad person. That is one thing that upsets me. Because any piece of news about me as a person saying something about my character has to be verified by me. This is the change that I really hope that people bring about in the press. Having said that ‘press ka kaam hai likhna, unka kaam hai journalism, woh likhenge hi’. The press has largely given me love only. There have been these instances when I really question myself. There are some people who do not get affected, but there are some who get affected. The least someone can do is at least verify that something like this has happened or verify with a friend. You have just printed a piece of fiction or your imagination. But things will have to change, because it is a question about your mental health. The mental health of celebrities is as important as that of a lay person. So things have to change,” she added.

ALSO READ: EXCLUSIVE: “I was pumping my asthma inhaler while doing the fittings for 14 dogs,” reveals Masaba Gupta