Last Updated 25.05.2022 | 10:28 PM IST
feedback language
follow us on
Bollywood Hungama » News » Bollywood Features News » EXCLUSIVE: Nazia Hussain talks about her equation with her uncle Sanjay Dutt; says “When you are related to someone who’s such a big star, it’s constantly like ‘Am I going to be good enough'”

Many believe that star kids or those from star families have it easy. However, they also have their fair share of struggles. Nazia Hussain, the niece of Sanjay Dutt, has managed to make a mark in the industry through her talent and not her filmi connection. She debuted in Bollywood with Say Yes To Love (2012) and Toilet - Ek Prem Katha’s (2017) director Shree Narayan Singh’s debut film Yeh Jo Mohabbat Hai (2012). In 2014, she was seen in Aashiqui 2’s (2013) Telugu remake, Nee Jathaga Nenundali. Now, she’ll be seen in Deepak Tijori’s Tipppsy. In the comic thriller, she plays Iris, a tomboyish, bossy character. 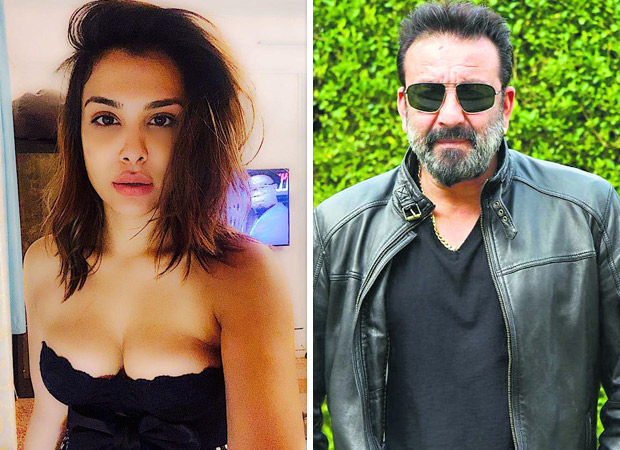 EXCLUSIVE: Nazia Hussain talks about her equation with her uncle Sanjay Dutt; says “When you are related to someone who’s such a big star, it’s constantly like ‘Am I going to be good enough'”

Bollywood Hungama had visited the sets of Tipppsy and spoke to Nazia Hussain about her character and her experience. Later, we asked her about her equation with Sanjay Dutt. Nazia, who is Sanjay’s maternal uncle Akhtar Hussain’s grand-daughter, said, “He has his projects going on. I don’t pick up the call and ask him ‘Should I work on this particular project or not’. However, he’s supportive. He has seen my work. I have done a film for Sanjay Dutt Productions. When he did see it, he picked up the call and told me ‘Good job. I am proud of you’! So, I have had feedback from him.”

The film in question is Hasmukh Pighal Gaya. It starred Sanjay Dutt in the leading role and is about a protagonist trying to survive on the hottest day of the year in Mumbai. The film was shot in 2014 but sadly, never got a release. It was reported that Amitabh Bachchan had sung and even featured in a cameo, in the recreated version of the song ‘Kisi Ki Muskuraton Par Ho Nisar’ from Raj Kapoor’s film, Anari (1959).

Nazia Hussain further said, “When you are related to someone who’s such a big star, it’s constantly like ‘Am I going to be good enough’. Then the struggle also becomes real because he’s already a star. Hence, I have always been shy to talk to him about my work or ask him to watch my film. However, after he did see my work, he realized that this is what I should be doing as I am actually good at my work. He also realized that I am not just doing this for glamour and that I enjoy performing.”