One of the finest actors of Indian cinema, Irrfan Khan, passed away on April 30 after his prolonged battle with a neuroendocrine tumour. His family continues to remember his work and his legacy in the most meaningful way. His son Babil Khan shares anecdotes, memories, and everything about his father through his Instagram account. 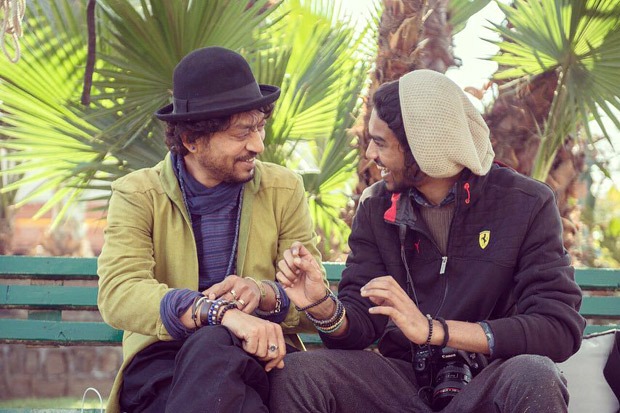 At the 51st edition of IFFI, a tribute was paid to Irrfan. His wife Sutapa Sikdar along with his son Babil were in attendance at the event. His movie Paan Singh Tomar was screened at the event. Sharing a picture of the two of them at the event, Babil wrote, "Beautiful catharsis at @iffigoa." Separately, he captioned a picture of Irrfan, "Today, I need to share this as @iffigoa made it possible to watch and hear him on the big screen one more time, that to in Paan Singh Tomar. (This man exuded younger energy than me in his late 40s even)."

In her speech, Sutapa Sen said, "I remember Irrfan had dreams in his eyes. It's a special moment because it's an honour and privilege to be given a tribute. I'm happy to be here, this is the first time I've come out of the home. But one needs closures to walk ahead, and IFFI is a closure," she said, thanking those in attendance. IFFI couldn't have chosen a better film, because this film talks about a race," she added, quoting a line from the film about completing races, regardless of winning or losing. "Irrfan's finish line came too soon, but he played well. We're proud of you, Irrfan."

While speaking exclusively to Bollywood Hungama, Babil Khan confirmed that he would want to take his father's legacy forward. "I have to do it the right way. I don't want to do a big movie in which I am dancing, it makes 100 crores and has no artistic value. My intention is to take his (refers to his father Irrfan) legacy forward. Not to become a star. It has to be done in the right way." Babil also showed interest in directing films too.

Babil said, "He creates he does not represent," adding further that, "When he portrays a character, it just creation, he is not representing ideas that he has taken from someone else. He is literally creating the character. Now, that I am training as an actor, the art of representing and creating are two completely different things and I think it is difficult to obtain and master it."