The 51st International Film Festival of India (IFFI) is currently underway. The festival paid a tribute to late actor Irrfan Khan by screening his film Paan Singh Tomar at the festival. Irrfan Khan’s wife Sutapa Sikdar and elder son Babil Khan were honoured post the screening of the film. Sutapa also gave a moving speech at the festival remembering the late actor. 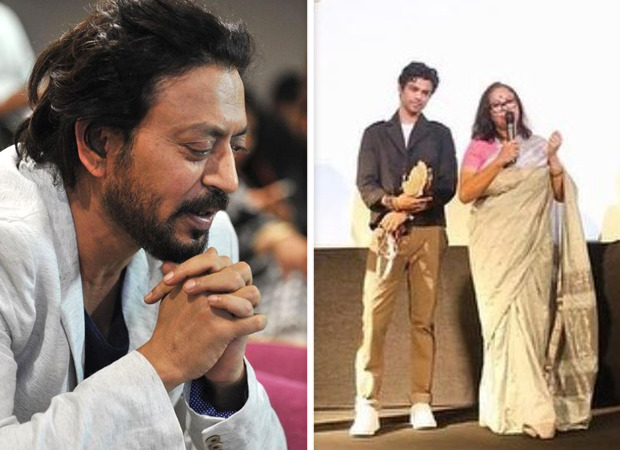 Talking to the audience present at the screening, Sutapa said, “There have been many tributes, but this is special because it is nostalgic and very very special memories since we were students. I remember us going to the IFFI in New Delhi. At that time it was in Delhi. After the show we would have cutting chai and talk and drown in cinema and that was the beginning. I remember Irrfan having dreams in his eyes.”

“It's a special moment because it is an honour and privilege to be appreciated and be given a tribute by the same institute, same IFFI. I am happy to be here. It was a brave decision. It is the first time I have come out of home. But I had to. One also needs closure to walk ahead and IFFI is a closure for me. It is like being there for what we had done 30 years ago as students. I am happy that people are here which is an exceptional situation in time. It feels nice that we are here to celebrate a person and IFFI couldn't have chosen a better film(Paan Singh Tomar). Because this film talks about race, an athlete. To quote a dialogue from the film by Irrfan, ‘Ek race hota hai na, usko poora karna padta hai, chahe haar ho ya chahe jeet. Woh door ek finish line hota hai usse chhoona padta hai.’ Irrfan 's finish line came too soon but he played well. We are proud of you,” she added.