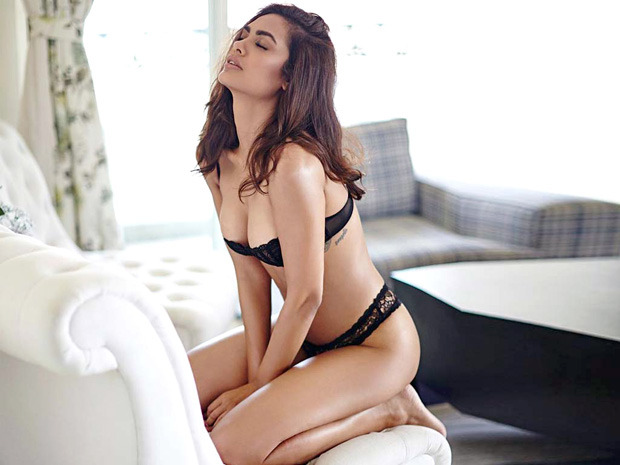 Last week, actress Esha Gupta shared a few racy photographs on her Instagram profile from her lingerie shoot. Post that, the actress shared a couple of cheeky naked pictures and broke the internet. Although many appreciated her bold move, trolls could not stop themselves from slut shaming her. Rather than responding to the trolls directly, Esha Gupta had the befitting response to the trolls as she shared more photographs from the shoot.

Recently, Bollywood Hungama spoke to Esha Gupta regarding her upcoming film Baadshaho and also spoke about her recent photoshoot for which she was praised by many but also shamed by the trolls. Speaking about the recent nasty comments on her pictures and how she tackled the situation, Esha said, "I did not want to send a message. But, after getting trolled, I did not stop. The only thing I did I had more images put up. That was only because why are women always being slut-shamed? Why is it always about a body image? Slut shaming is something only a woman goes through. When a man sleeps with 20 women, everyone calls him a baller and women are like 'Listen, I want to date him'. But, these are the same women who get to know about a woman slept with only 10 men, she is called a slut. Women are pulling other women down. But, because of that men get the courage to call women a slut."

Esha also was surprised to see most of the trolls were women. She further added, "Women need to stick together, first of all. If women support each other, I think it will help a lot."

Esha Gupta, although, was appreciated by many, men continued trolling her. She said, "This is about the fact men have a big ego, it's about the fact that men have zero tolerance and men are not confident enough about their manhood. That is why when they see a woman is stronger they want to put her down in public. That is why my answer was I can't be diplomatic and let men pull me down."

Esha Gupta, who was last seen in Commando 2 earlier this year, is gearing for the release of her forthcoming film, Baadshaho.  The film has 6 characters and everyone is some way or the other involved in the heist. Esha spoke about working in an ensemble and how she did it without any hesitation. She said, "Except Ajay Devgn and Sanjay Mishra, I have worked with all the other actors before. Milan Luthria, you know, has always done an ensemble. He gives you the narration. You need to trust him. I am not scared of thinking that my role is small or I’m not looking pretty. Being in an ensemble, every character has something important to deliver. You need to be confident about the director more than anything."

Lastly, Esha Gupta said, "First of all, a heist film like Baadshaho hasn't been made in a while. Milan Luthria makes films which other people are even scared to think about. Secondly, it's a family entertainer which has action, drama, jealousy, love, cheating. It has everything and a lot of emotions."