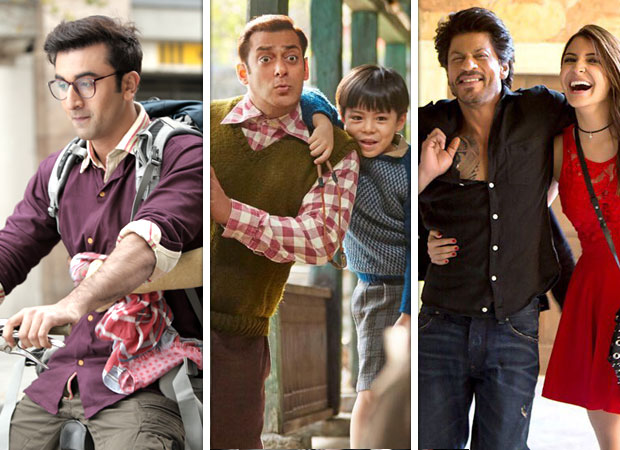 A recent tweet by Twinkle Khanna rejoicing in her husband Akshay Kumar’s new hit film Toilet - Ek Prem Katha and taking pot-shots at the recent failures from other A-listers, without mentioning them, like Shah Rukh Khan (Jab Harry Met Sejal) and Salman Khan (Tubelight) drives home the point of how divided the film industry remains as an entertainment fraternity.

“Koi kissi ka bhala nahin chahta (no one wants others to flourish). I’ve been through the darkest phase of my life when Saawariya tanked,” recalls filmmaker Sanjay Leela Bhansali with a shudder. “I was at home all alone on the day of the release pacing the floor. No one came forward to offer me support. In fact the anti-Saawariya campaign started two days earlier at the premiere when filmmaker colleagues who were telling me on my face what a brilliant film I’ve made, were busy texting to everyone about what a bad film I had made.”

This writer was a personal witness to one of the most high-profile and glamorous filmmakers bitching about Saawariya at its premiere. In fact this high-profile filmmaker and his friends sit together laughing at every film that flops.

It’s their recreation and therapy.

Producer Boney Kapoor who has seen more ups and downs as a film producer than almost anyone else says malice and counter-productive campaigns are part and parcel of the film industry. “You have to live with it. No point in moaning and complaining about it. My family has lived with this kind negativity for decades. When our father (producer Surinder Kapoor) was an active producer other producers were known to throw parties when his films flopped. Things haven’t changed much.”

Coming to Twinkle Khanna’s tweet, in her defence she meant no harm and probably just wanted to celebrate her husband’s success with a tongue-in-cheek declaration. Akshay Kumar himself is never known to gloat over others’ failures. “I want everybody’s films to do well. Some of us don’t realize that every success means good news for the entire film industry,” Akshay once told me.

However Akshay’s proclaimed largesse doesn't take away from the sting of insiders in Bollywood bitching a big flop out of existence. It can't be worse than Ranbir Kapoor's father the ever-brash Rishi Kapoor hitting out at Jagga Jasoos after it tanked, calling its director incompetent and arrogant for not showing the film to anyone before release.

But then there are so many other filmmakers who don't show a frame of their film to anyone before release. Rishi Kapoor spoke the way he did about Anurag Basu because Jagga Jasoos flopped. Similarly when Vishal Bhardwaj's Rangoon collapsed with a thud, Karan Johar and gang (never known to be kind to the unsuccessful) lashed out at the film's leading lady Kangna Ranaut.

It is ironical that Kangna had to take the backlash when in fact it was director Bharadwaj whose arrogance and smug self-opinion destroyed Rangoon.

"No one was happy when Tubelight flopped. There is much goodwill for director Kabir Khan and Salman Khan in the film industry. But when Rangoon and recently Jab Harry Met Sejal tanked no tears were shed as Bhardwaj and Imtiaz Ali had begun to behave like God," says a young filmmaker.

The writing is clear on the wall. If you are successful you can get away with arrogance and brashness. But once you fail no one tolerates your tantrums.