Ace filmmaker Aanand L. Rai is gearing up for the release of his directorial Atrangi Re starring Sara Ali Khan, Dhanush, and Akshay Kumar. The film celebrates love and varied human emotions and is surely an adventurous trip for the viewers. 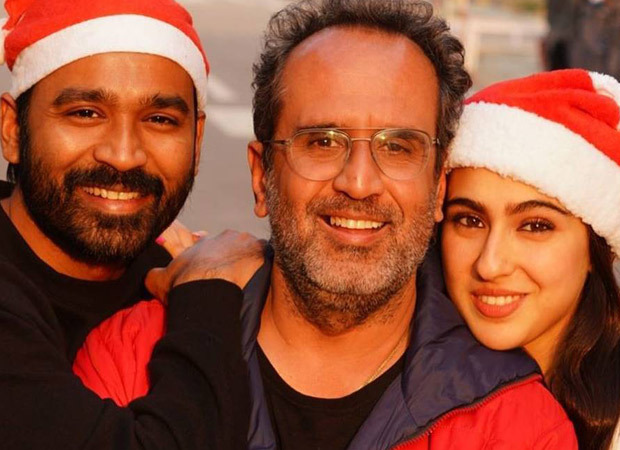 Ahead of the film release, the director of the film Aanand L Rai got into an exclusive interview with Bollywood Hungama. During the conversation, we asked Anand what are the qualities of Sara that attracted him the most. Replying to which the filmmaker said, "I feel she is one of the finest actors of this generation. She is very hardworking. I won't say ambitious but she is a very greedy actor. She wants to keep working with various characters till the end which is seen as quite rare at such a young age.

He also talked about working with actor Dhanush again. The duo has earlier worked together in the 2013 romantic saga Raanjhanna. On working with Dhanush again, Aanand said, "Dhanush is a delight for any director. He is such a fabulous talent our country has at this point of time. he can transform into any of the characters. What I have done in 2 films is not even 20% of him. So, wait for that 80% to see that giant actor".

Lastly, he also talked about how it was directing both the phenomenal talents together. The filmmaker expressed, "This is what Atrangi Re is all about that love cannot be divided, it can only multiply. My relationship with Dhanush is so much love and Sara is such a fine kid. Even today I feel the more I'm going closer to the film's release that thing of not seeing Akshay Sir, Dhanush, and Sara on the floor again hurts my heart. I feel very emotional. If it would've been possible I would have stopped the film and have kept it with me. But, I can't do that it is life (laughs). So, I'm really going to miss these actors a lot. I'm emotionally invested in all of them".

ALSO READ:EXCLUSIVE: “Atrangi Re deals with the emotion which has never been explored. I felt we as Indians have never seen a relationship like this,” says Aanand L. Rai