Last Updated 20.01.2022 | 8:00 AM IST
feedback language
follow us on
Bollywood Hungama » News » Bollywood Features News » EXCLUSIVE: Sara Ali Khan opens up on the challenges she faced while filming ‘Chaka Chak’ in Atrangi Re

Sara Ali Khan is all set for the release of her musical romantic drama film Atrangi Re. Helmed by Aanand L. Rai, the film stars South superstar Dhanush and Akshay Kumar opposite Sara. Ahead of the release of the film, Sara has been doing the promotions in full swing. The film also features Sara Ali Khan in a solo item song for the very first time. 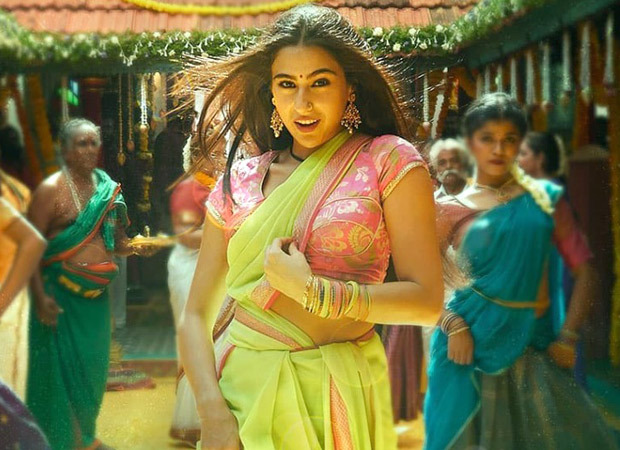 Recently, the actor was in conversation with Bollywood Hungama and exclusively talked about the film, her character, shooting a solo item song, and much more. When asked how was her experience shooting a solo item solo for the first time, Sara expressed, "It was amazing. After lockdown, we immediately went for shooting. There was so much energy, so much desperation to go on the sets and work. I missed working on the sets so much during the lockdown. So, yes it was amazing. Of course, I was very, very nervous. Acting and dancing are things that only get better with experience. For 6 months, I didn't even leave my house and then suddenly going to the sets of a movie like this and helming a solo song. It was really, really difficult and challenging for me."

She added, "In my profession, I've realized that the thing which challenges you is the only thing that takes you ahead in your career. You can do that only if you have the will and hunger to do it. I had Vijay Sir with me who is one of the finest choreographers. I had a blast there. Our lyrics and camera department were so strong that I just had to go there and have fun and I just had fun throughout the song".

Produced by T-Series and Color Yellow Productions, Atrangi Re that stars Sara Ali Khan, Akshay Kumar and Dhanush is slated for an OTT release on December 24, 2021. The film will be available to watch on Disney+Hotstar.

ALSO READ: EXCLUSIVE: “After 2 weeks of Love Aaj Kal, I was on the sets of Atrangi Re and my confidence was not that high,” reveals Sara Ali Khan