Last Updated 27.11.2021 | 10:59 PM IST
feedback language
follow us on
Bollywood Hungama » News » Bollywood Features News » EXCLUSIVE: “Commercial films do not always mean that you have to apply a lot of makeup, and sing and dance”- Rani Mukerji on being a commercial actress

Bollywood actor Rani Mukerji completes 25 years in the film industry this year and will mark the milestone with the film Bunty Aur Babli 2, a sequel to one of her most successful films. Rani made her film debut with Raja Ki Aayegi Baraat and later achieved commercial success with films like Ghulam and Kuch Kuch Hota Hai. She went on to star in several hit films in the past 25 years. 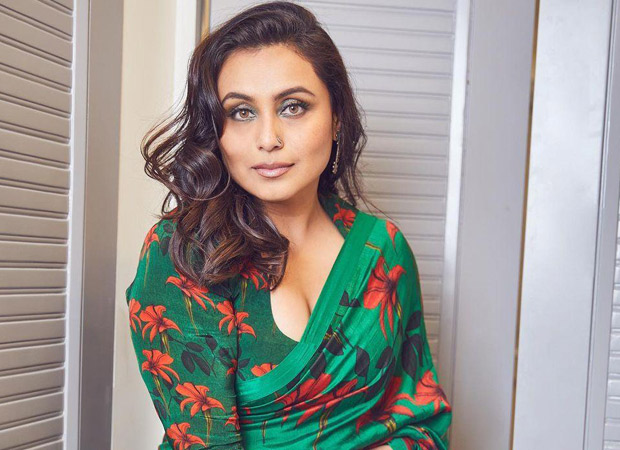 Rani Mukerji has been one of the most successful commercial film actresses but also has strong content-driven films to her credit. Talking about it in an exclusive conversation with Bollywood Hungama, Rani said, "I believe that I am a commercial film actress and all my films, to some extent, have stories that I wish for people to watch, whether it is Hichki, Mardaaani, Black or Yuva. I think they have all been very successful at the box office because they were special stories to be told with special characters because commercial films do not always mean that you have to apply a lot of makeup, wear fashionable clothes, and sing and dance. That is one aspect and the other aspect is where you want to present a story and talk about a special character. I see all this as coming under the commercial aspect and people want to watch such films as well”.

Rani Mukerji will next be seen in the film Bunty Aur Babli 2 co-starring Saif Ali Khan, Siddhant Chaturvedi, and Sharvari. The film will be released on November 19.

ALSO READ: Rani Mukerji cons Sabyasachi in Bunty Aur Babli 2; the latter says “It’s impossible not to appreciate the humour behind this”