Last Updated 04.07.2022 | 11:43 AM IST
feedback language
follow us on
Bollywood Hungama » News » Bollywood Features News » EXCLUSIVE: Ayushmann Khurrana on Anek- “We have literally ignored the North East of our country; the film will be an eye-opener”

Gripping, thrilling, and riveting, Anubhav Sinha’s Anek headlined by Ayushmann Khurrana is all set to take audiences on a mission of a lifetime! Hard-hitting at its very core, the trailer of the political action thriller sees Ayushmann step into the shoes of an undercover cop, a first in his career. The film set in the North East highlights the problems faced by the people in the region, which are often neglected in mainstream media. 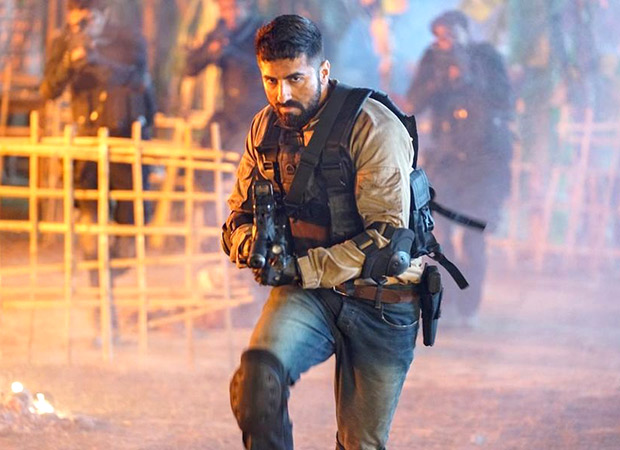 EXCLUSIVE: Ayushmann Khurrana on Anek- “We have literally ignored the North East of our country; the film will be an eye-opener”

Earlier in an interview with Bollywood Hungama, Ayushmann Khurrana, who is known for being associated with content-driven films, said that Anek will be a real eye-opener for people living in mainland India. “The film is based in North East and it is about unifying North East with the mainland and there haven’t been many films that talk about the region, or get actors from there on the screen or even have North East representation. I think it's a very different film that Indian cinema has not witnessed in the past and we have literally ignored the North East of our country. The kind of racism they face on the mainland, I think, is very disheartening. I think people from the mainland will realize ‘where we are going wrong’. So it will be an eye-opener for them, I guess,” he said talking about the film.

Ayushmann Khurrana and Anubhav Sinha had earlier collaborated for the film, Article 15, which focused on caste-based discrimination in rural India. In Anek, Anubhav Sinha tackles the issue of racism and how the residents in this crucial part of the country continue to be treated as second-class citizens.

Meanwhile, Ayushmann has a stellar lineup of films in 2022. He will be next seen in Anubhav Sinha’s Anek, which releases on May 27, Anubhuti Kashyap’s Doctor G, and filmmaker Aanand L. Rai’s Action Hero being directed by debutant Anirudh Iyer.