John Abraham is one of the most coveted actors of Bollywood. Known for his love for the profession to his obsession with bikes, John Abraham manages to leave his fans smitten with his dimpled smile. With back-to-back projects planned, John Abraham has been juggling between schedules. Currently shooting for Lakshya Raj Anand’s Attack, John Abraham even gave a glimpse of the high-octane bike stunt that was performed by him on his social media. 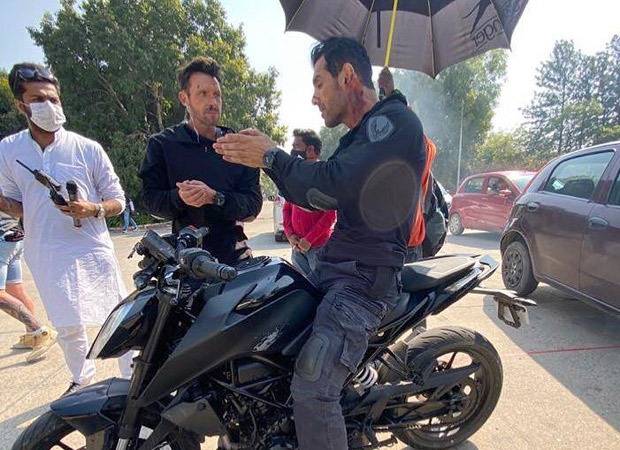 While he was shooting in Dhanipur near Aligarh, fans couldn’t help but contain the excitement and came to the sets to meet John Abraham which ended up with a breach of security. Based on the real-life hostage crisis, Attack also stars Jacqueline Fernandez and Rakul Preet Singh in pivotal roles. John Abraham will soon be shooting for Shah Rukh Khan and Deepika Padukone starrer Pathan where he will be seen as an antagonist.

With Attack releasing on August 13, John Abraham has also booked the Eid 2021 with Satyameva Jayate 2, while Mumbai Saga is also looking at a theatrical release.