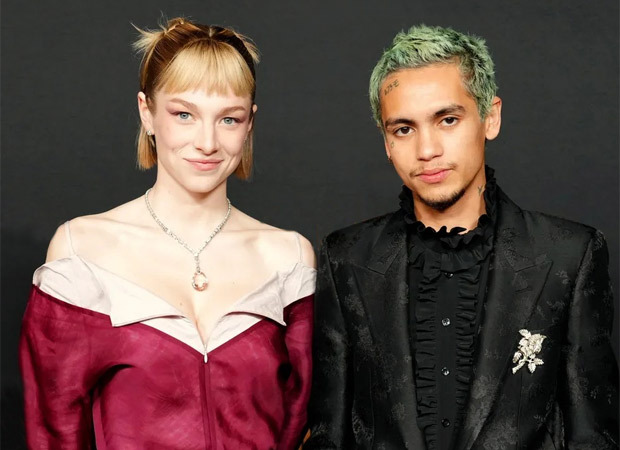 According to People, the two sparked romance rumuors after they were spotted spending time together over the weekend. Hunter Schafer, who portrays teen Jules Vaughn on the hit HBO series, was seen in a casual look wearing a white hoodie underneath a black bomber jacket with flowy patterned skirt or shorts, a red face mask and a pair of white sneakers. Dominic Fike, who made his onscreen debut last week on season 2 of the hit HBO series, wore a beige-and black striped sweater, black pants and black Doc Marten boots.

While the rumours of two hanging out off-set have been circling on social media for weeks, Hunter and Dominic have not yet officially commented on the status of their relationship.

Earlier this month, they posed together for a photo on the red carpet of the Euphoria season 2 premiere. Dominic’s character Elliot was introduced in the second season of Euphoria that premiered on January 9.

In the season's first episode, Elliot meets Rue (Zendaya) at an ill-fated New Year's Eve party, potentially setting up a love triangle between the two and Jules.

Hunter, who back in December shared on Twitter that she defines her sexuality as "bi or pan or something,", has been previously linked to model Massima Dee, though they never confirmed the roma relationship. Dominic has been in a relationship with social media personality Shelby Tangorra, and Booksmart's Diana Silvers.

Dominic Fike is also a musician who released his debut album What Could Possibly Go Wrong in 2020, in addition to collaborating with Brockhampton, Halsey and even Paul McCartney.