(The following article involves the usage of incidences that revolve around sexual harassment and attempting suicide. Do not read further if the mention of such incidences can be a trigger for you.)

Bigg Boss 14’s latest task required the contestants to reveal some of their darkest secrets in order to save themselves from being eliminated from the house. The task was surely one of the most difficult ones in order to attain the immunity stone that would be their one-way ticket to the finale. As of now, Rubina Dilaik is the only one that has made it to the finale. During the task, Eijaz Khan, Rubina Dilaik, and Jasmin Bhasin revealed some of their darkest secrets and broke down in tears. 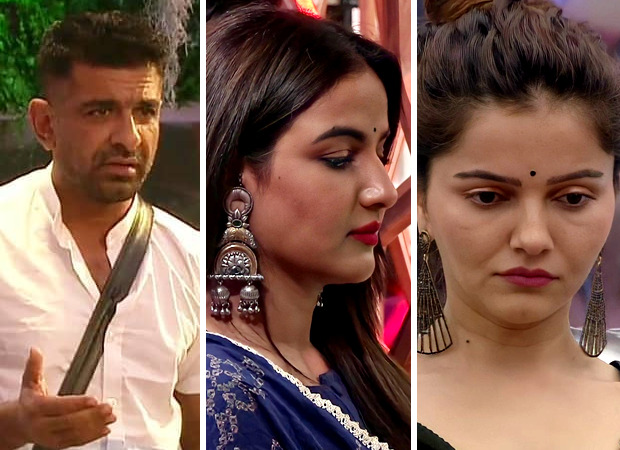 While Kavita Kaushik pointed out that he had no issue hugging everyone at the party that they attended and also opened up about being molested by her math teacher as a child.

Rubina Dilaik opened up about how she almost got divorced from Abhinav Shukla and they would have separated had they not signed the show together. Abhinav Shukla cried and said that his parents were not aware of this aspect of their relationship and they will have to find it out through national television.

Jasmin Bhasin spoke about how she almost attempted suicide once because her career was not going the way she had planned. She said, “Main jin bhi auditions pe gayi, baar baar reject hoti thi hamesha . Main haar maan gayi thi, ke shayad main kuch kar hi nahi sakti, main iss layak hi nahi hoon. I tried ending my life with an overdose of random medicines but I realized life I so important and I should not have given up.”

The episode was quite heavy for the contestants who couldn’t help but be triggered by recalling the incidences. In the end, Eijaz won the immunity stone and became the second finalist.