YRF’s War sees two of the biggest action superstars, Hrithik Roshan and Tiger Shroff waging a ferocious war against each other. The high-octane film that sees these two pitted in a massive showdown across 7 countries as they go after each other relentlessly. Their fight and cat and mouse game has mesmerised audiences of all ages across the world. War is unstoppable at the box office as it cruised past the Rs. 200 crore mark in just seven days! Obviously, the two superstars are overwhelmed with the unanimous love and appreciation that the film has been receiving. 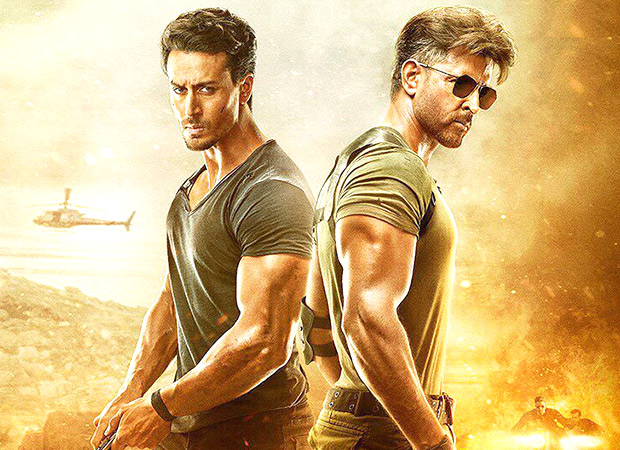 Hrithik says, “We wanted to make a film that raises the bar of action films in India and could truly compete with the best of action spectacles being made in the West. We are all delighted that War has done just that and is getting incredible love and appreciation from audiences across the world. War is a genre-defining action film and I’m extremely happy for the entire cast and crew of War because we all have given our all and more to make this film a cut above. I’m delighted that YRF has again done something completely out of the box and given India a new action franchise. I’m overjoyed and humbled about the number of records that War has created so far. As an artist, it’s always amazing to touch new milestones and create new achievements as it validates the work that we put in but I’m most happy that I have contributed in making our industry grow with War.“

Towing a similar sentiment Tiger Shroff added, “I’m simply overwhelmed. It’s an absolute blessing that our film has been accepted widely and it’s definitely going to be a special one forever because I got to do this with my hero my idol Hrithik Roshan who I aspire to be and who I am inspired by. It is also my first time working with Yash Raj Films Production, Adi Chopra and I have had such a ball working with his production house. Everything was just so smooth sailing and everything was just so professional. I was really really appreciative of the fact that any brief encounter or interaction I had with Adi sir he would always, even though he is somebody so big in the industry and I am somebody so new starting out here, listen and hear my opinions out. I found that to be something that I felt really touched about the fact that he could listen to somebody who is so junior to him in the industry. And as for Siddharth Sir he is such a clear cut sharp director, wherever he puts the camera he makes it look enhanced amazing and beautiful, everything is a spectacle whenever he is behind the camera, other than that I couldn’t be more grateful to him cause he held my hand throughout this journey and more than a director he is also my friend now so I am blessed to have this opportunity. I am blessed that my first Rs. 200 is with such an amazing team.”