Drishyam 2, which stars Ajay Devgn, Tabu, Akshaye Khanna and Shriya Saran in leading roles, also featured several actors in the supporting cast that played a crucial part in the storyline. Siddharth Bodke was one such actor who left a mark. He played David, the man who happened to be outside the under-construction Pandolem Police Station and he sees Vijay Salgaonkar (Ajay Devgn) hiding the dead body. Vijay’s life becomes hell seven years later thanks to him and with his able performance, he impressed the audience. In an exclusive interview with Bollywood Hungama, Siddharth Bodke talks about his experience of working on Drishyam 2 and a lot more.

Drishyam 2 EXCLUSIVE: Siddharth Bodke aka David is ECSTATIC with the audience feedback: “My inbox is FLOODED with appreciation messages. A lot of people are asking me ‘Rs. 25 lakhs milein kya?’”

What feedback have you got for your role in Drishyam 2?
The response is amazing. My inbox is flooded with appreciation messages. A lot of people are asking me ‘Rs. 25 lakhs milein kya?’ Many from the Marathi industry have messaged me too and I am overwhelmed. My co-actors Tabu ma’am and Ajay Devgn sir also liked my work. I had met them during the premiere and success bash. Even the director Abhishek Pathak is very happy with the performances. I have been getting several film offers now.

How did you bag the part?
It was pandemic time and I was sitting with my friends. And incidentally, I had never seen Drishyam’s (2015) first part. I had planned to see it but never got the chance. When my friends learned about it, they were shocked as they had seen the film and loved it. They wanted me to see it and this is when I finally got the chance. Believe it or not, 10 days later, I got a call from Vicky Sidana’s casting agency for Drishyam 2. Interestingly, I auditioned for a different role, for the role of Shiv, Vijay Salgaonkar’s alcoholic neighbour. They liked my act but Abhishek Pathak sir asked me to audition for David as well. And then I got the part as they liked my audition for David’s character more and felt I suited the part.

How did you work on your Goan accent?
The Goan accent was very new to me. I spoke to people from Goa and picked up the language. Also, David is a drug peddler who wants to leave the profession. We usually analyse the back-story and personality and add a flavour to the part. As a result, I added a little husk in my voice.

Do you mean to say you added this input on your own?
I auditioned with the Goan accent. Then I asked the director and he said we can go ahead with it. Working with him was really nice as he allowed me to improvise. We had a comfortable bond. It was my first Bollywood film and I felt a little pressure. But at the same time, I was excited to be working with such talented people. Hence, I was a happy kid on the set! 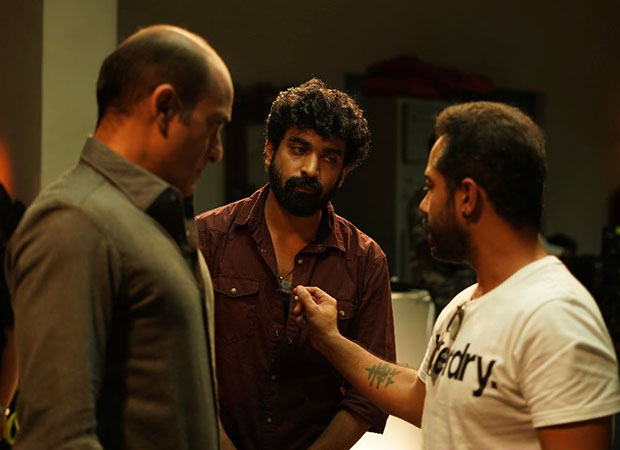 Could you share about shooting for the police station scene? It was quite memorable…
That was actually my audition scene! At that time, however, I had no idea that when I’ll eventually shoot for this scene, Tabu ma’am and Akshaye Khanna sir will be present in front of me. When I learnt about it, I was excited. I had never met them before. I met them for the first time during the shoot of the scene. We did readings and then filmed it. I had a lot of fun because they are legends for a reason. Your acting develops a lot of depth when you have worked for so many years. To work with veteran actors, hence, is always a pleasure.

Akshaye Khanna is said to be a reserved actor. How was it working with him?
He’s an introvert and with me and his other co-actors, he was really nice. I spent limited time with him. But he would sit down and discuss how we can do the scene. To see him on screen is one thing. To perform with him is a different experience.

And how was it working with Ajay Devgn?
He’s too big a star and yet, he’s very chilled out and cool. And he’s a thorough professional. At the same time, he also liked to have fun and do masti. And his eyes are so intense. To subtly act through your eyes is very difficult. I got a chance to see that from close quarters, and I consider myself lucky.

Your character is not shown in the climax. Did your scene got edited out?
No. Initially, the plan was to have me in the finale. But I wasn’t contributing at all to the scene. So, the director and writers rewrote the scene to make it crisper. And I think it was a wise decision. My picture is shown in the court and Vijay is asked, ‘Isko jaante hai aap?’. By doing so, important mudde pe gaadi jaldi aa jaati hai.

Did you visit the cinema hall to check the audience's reaction?
I saw the film at PVR Oberoi Mall, Goregaon East. My school friends flew down from Pune, Hyderabad, Nanded etc. to watch the film with me. Our show was full and towards the end, people were clapping and cheering. It was an overwhelming and satisfying feeling. For my friends and family, it was a proud moment. In fact, people recognized me in the theatre. They appreciated my work and even here, they started asking me ’Rs. 25 lakhs ka kya hua?’! It’s also heartening to see the film is doing well, especially in these post-pandemic times. 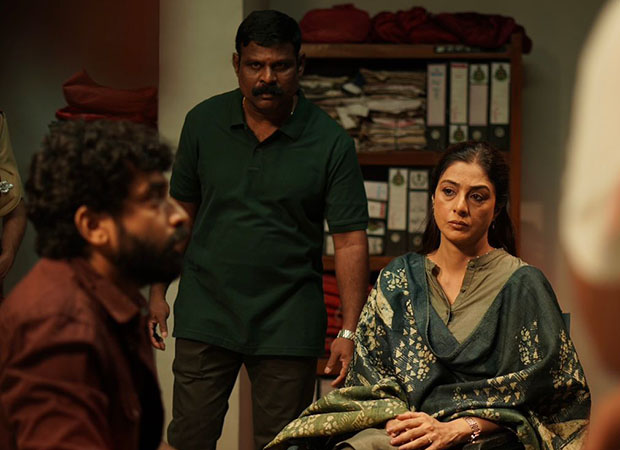 Have you been told that you’d be there in Drishyam 3?
No. Let’s see what story they come up with for the third installment.

Were you always interested in acting?
Yes. I am from Nashik. When I was in Class 5, I did my first acting workshop during the summer vacation. I enjoyed it. Our acting sir cast me and a few others in a commercial play, Shyamchi Aai. I played Shyam and we did 500 shows. Later on, I did experimental theatre. I then came to Mumbai and slowly, started getting work in Marathi TV serials, that too as a lead. At the same time, Suyog Production, a very old and prestigious theatre production, signed me for a play named Ananya. I also did sketches and videos on YouTube and 2 series for Amazon Mini. Finally, I bagged a Hindi TV show ‘Ghum Hai Kisikey Pyaar Meiin’, where I played the negative lead. It got a lot of appreciation. Meanwhile, I was dying to do a Bollywood film but landing a role in a Hindi film is a very difficult process. Thanks to Drishyam 2, the beginning has been made. I just hope I get to do many more meaningful roles.

Is anybody from your family also in the acting profession?
No. My father is a lawyer while my mother is a teacher. My nana, Padmakar Darade, is a writer. He used to do theatre. He encouraged and helped me when I started as an actor. It’s because of him that I got the motivation to become an actor.

Who are the actors and directors you’d like to work with?
I wanted to work with Ajay sir, Tabu ma’am and it happened. I like the films of Imtiaz Ali and Anurag Kashyap and hope to collaborate with them. But I don’t have any particular favourite actor or director. I am not being diplomatic. I enjoy all films. When I see any film, I see the effort that has gone behind making it. I wonder how many rehearsals must have happened, how much time they must have taken to shoot, how much time the actor must have taken to develop the six-pack, etc. It’s very inspiring for me and hence, I’d like to work with everyone.

Also Read: Inside the success party of Drishyam 2: Ajay Devgn, Tabu, Ishita Dutta and others give fans a sneak peek into the bash