Last Updated 01.02.2023 | 10:38 AM IST
feedback language
follow us on
Bollywood Hungama » News » Bollywood Features News » Inside the success party of Drishyam 2: Ajay Devgn, Tabu, Ishita Dutta and others give fans a sneak peek into the bash

Yet another Bollywood film that has managed to garner rave reviews this year is Drishyam 2 that seems to be garnering a lot of appreciation from the audiences. Taking ahead the story line from the first instalment, and inspired by the key elements of the Malayalam version of the same film, this Ajay Devgn, Tabu starrer has caught the fancy theatregoers for its nail-biting suspense. Now celebrating such a momentous occasion at the box office and acknowledging its achievements, the makers planned a success bash of the film which had the key cast, the crew of the film, and some fraternity friends in attendance. 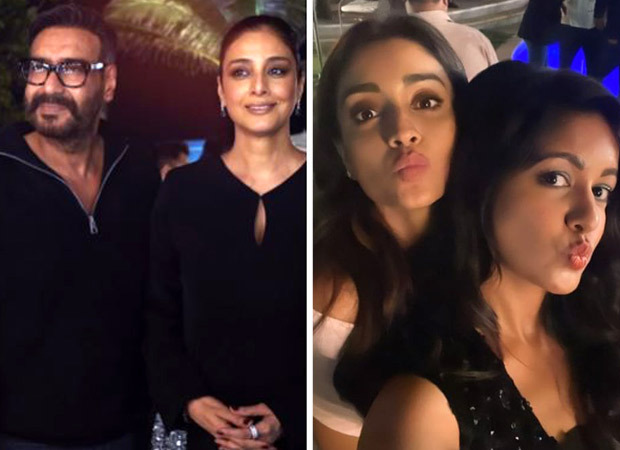 Inside the success party of Drishyam 2: Ajay Devgn, Tabu, Ishita Dutta and others give fans a sneak peek into the bash

The said success bash of Drishyam 2 was held in Juhu, Mumbai. Giving a glimpse of it, Ajay Devgn took to his social media to share a video, which was a compilation of some of the best moments from the event. From his co-star Tabu to his onscreen wife Shriya Saran to his onscreen daughter Ishita Dutta, the entire cast was a part of the bash. Ajay shared the sneak peek video on Instagram, saying, “At the #Drishyam2 party.”

Following the suit was also his co-star, who shared a series of photos with the cast, team and other guests at the success bash on his social media page. She captioned it saying, “Teams of my belonging @aneesbazmee @ajaydevgn @ajit_andhare @tseriesfilms @kumarmangatpathak @abhishekpathakk @varung0707 @muradkhetani.”

Ajay Devgn’s onscreen daughter Ishita Dutta, who plays the role of a college student in the first installment of this whodunit thriller, was returning with this franchise. She too attended the bash with real life husband Vatsal Seth and interacted with the guests including her onscreen mother Shriya Saran. She too posted several photos from the bash saying, “All smiles at the Drishyam 2 success party. Book your tickets now! #Drishyam2 now in cinemas near you.”