Having seen the trailer of the upcoming medical campus comedy-drama Doctor G, it is seen that Ayushmann Khurrana’s character Dr. Uday Gupta struggle in the genecology department surrounded by only women. Giving a sneak-peak into the world of Doctor G and Ayushmann Khurrana’s prep for becoming a doctor for the first time on the screen here is the Behind-the-scenes video with some exciting revelations of his dreams before he entered the world of acting. 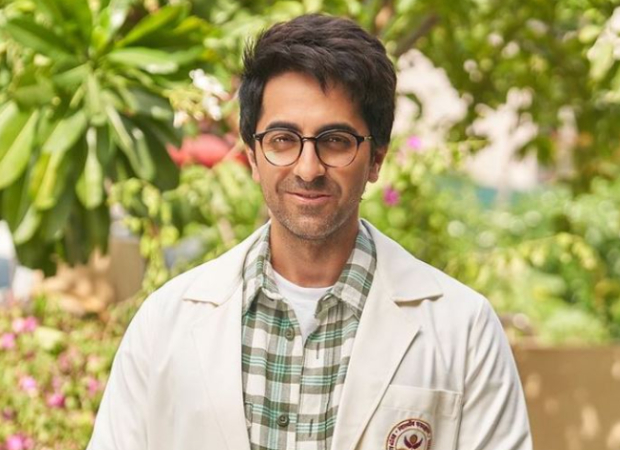 Having essayed various kinds of unique roles on the screen Ayushmann will be seen bringing yet another character unconventional character as a Male Genecology. Junglee Pictures has shared the behind-the-scenes video of the actor that captures his journey of prepping for playing Dr. Uday in the film. While sharing his dream of becoming a doctor in real life, Ayushmann was seen saying, "I wanted to be a doctor in life, nobody knows about it. I tried Physics, chemistry, and bio in the 11th and 12th. I have even given PMT exams, CBSE PMT Karnataka CET, all these exams I had gone through the drill. Not in real life, but at least I become a doctor in the film."

Moreover, Ayushmann has always come up with content-based films that deliver a certain message for the society, wrapped in high-comedy. While speaking about the film, Ayushmann added, "It's a beautiful script, and playing a doctor on screen is a dream come true."

Becoming a Doctor is ‘no fun’ they say, but looking at DoctorG, we’re now all into this Doctory ????????
Catch @ayushmannk in becoming our favourite #DoctorG