"Who will praise me now? Who will make me feel special?" actress Shubha Khote breaks down several times as she remembers her brother Viju Khote who passed away on 30th September at age 77. 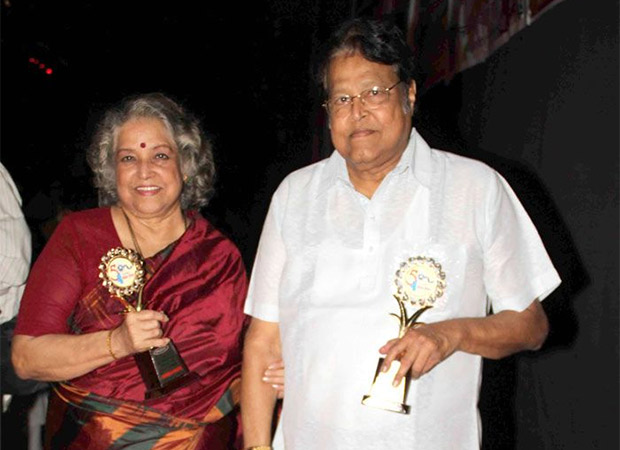 Contrary to popular belief Shubha and Viju were not twins. "No, we looked so much alike everyone presumed we were twins. But, Viju was actually five years younger to me. I prayed and prayed for a brother and God blessed me with Viju. Even as a child I looked after him like a mother. And now he's gone....."

Her voice cracks as she remembers the good times that the siblings had. "He loved my cooking and he insisted that all our friends have a meal cooked by me. Viju lost his wife quite early. After that, I looked  after him and his two children. He was my biggest support. I was a national-level swimming and cycling champ and he encouraged me to pursue these as much as possible."

She feels her brother was underrated as an actor. "People recalled him by the Sholay dialogue when there was so much more to him. He was really good in films like Kasauti and Andaz Apna Apna."

Viju Khote's death has left his sister bereft. "We were not twins. But were as close".

ALSO READ: Sholay and Andaz Apna Apna actor Viju Khote passes away at the age of 77

"I am lucky to have worked with Jagdeepji &…