Enter Pixar’s first-ever boy band, 4*Town. Filmmakers called on Grammy-winning singer-songwriters Billie Eilish and Finneas to write the fictional band’s songs—three in total, including the song 'Nobody Like U' featured in the new trailer. 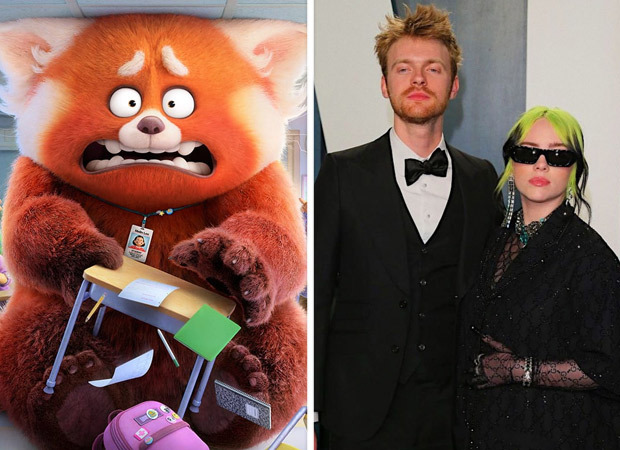 Eilish, whose sophomore album, 'Happier Than Ever,' debuted at No. 1 in the Billboard 200 in the U.S. and in 19 countries worldwide, made history as the youngest artist to win in all the major categories at the 62nd Grammy Awards, receiving an award for best new artist, an album of the year, a record of the year, song of the year, and best pop vocal album.

Joining previously announced Rosalie Chiang and Sandra Oh, who lend their voices to Mei and her mother Ming, are Orion Lee as the voice of Mei’s dad, Jin, and Wai Ching Ho as the voice of Grandma. Mei’s tight-knit group of friends are voiced by Ava Morse as Miriam, Maitreyi Ramakrishnan as Priya, and Hyein Park as Abby. Tristan Allerick Chen voices classmate Tyler, and Addie Chandler lends his voice to Mei’s secret crush Devon.

Disney and Pixar’s Turning Red introduces Mei Lee (voice of Rosalie Chiang), a confident, dorky 13-year-old torn between staying her mother’s dutiful daughter and the chaos of adolescence. Her protective, if not slightly overbearing mother, Ming (voice of Sandra Oh), is never far from her daughter—an unfortunate reality for the teenager. And as if changes to her interests, relationships and body weren’t enough, whenever she gets too excited (which is practically ALWAYS), she “poofs” into a giant red panda!

ALSO READ: Billie Eilish apologises after her anti-Asian video resurfaced online, says ‘I am appalled and embarrassed and want to barf’