Last Updated 27.11.2021 | 11:37 AM IST
feedback language
follow us on
Bollywood Hungama » News » Bollywood Features News » Did Devoleena Bhattacharjee remind Rashami Desai of the ugly tea fight she had with Sidharth Shukla in Bigg Boss 13 in her recent tweet?

Bigg Boss 13 was by far the most controversial season of the TV reality show which has several celebrities living under one roof for months. The show is filled with drama, laughter, romance, and a lot of fights. BB13 witnessed a lot of fights amongst the inmates. Almost everyone had a verbal argument with the other contestant. 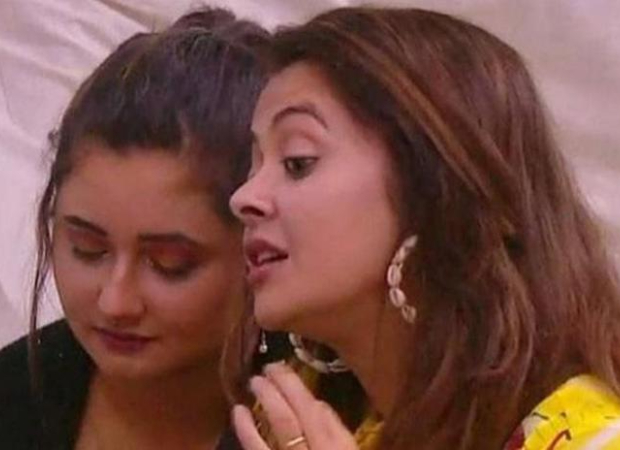 However, there was one major fight between Dil Se Dil Tak co-stars Sidharth Shukla and Rashami Desai that grabbed everyone's attention. The fight even had Salman Khan feel disgusted. Yes, we are talking about the ugly tea fight. The two got into a heated argument after Sidharth's 'Aisi Ladki' comment on Rashami. They had a war of words with Rashami demanding an explanation for his comment. Both of them accused each other of several things which was followed by Rashami throwing tea at Siddharth, leaving him furious.

Now, months after the show got over, Rashami's close friend and BB 13 contestant Devoleena Bhattacharjee took a sly dig at the former on social media. On Thursday, on the occasion of International Tea Day, Devoleena wished Rashami with a laughing emoticon. Rashami also replied to the tweet with laughing emoticons and the internet was reminded of the tea fight with Sidharth.