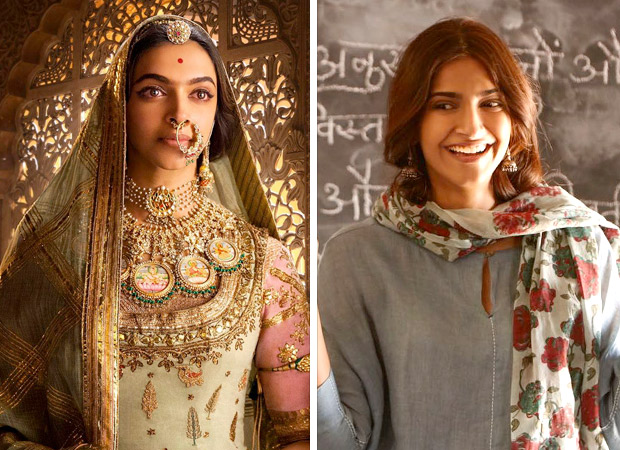 Just a shade over a decade later, Deepika Padukone and Sonam Kapoor clash again this Republic Day week with Padmavat and PadMan (never mind the all-too-interesting coincidence of the common first five letters!). They last clashed in 2007 with their respective debut films, both of which released in Diwali: Om Shanti Om and Saawariya.

And what’s interesting is the interchange of filmmakers: Sanjay Leela Bhansali has long shifted his muse (Goliyon Ki Rasleela Ram-Leela, Bajirao Mastani) to Deepika, though Sonam had also assisted him earlier to her acting debut. Deepika tried being a sportswoman like her father Prakash Padukone, while Sonam never wanted to be an actress either. And while Deepika gravitated to modeling and cinema and reached the top of the heap, Sonam has now emerged as a bankable actor who shines in content-heavy films.

Trivia hunters would love the nugget that Akshay Kumar, leading man of Sonam’s 2018 release, was in a cameo in Deepika’s debut Om Shanti Om, though they had nothing to do with each other.

A pattern with Shah Rukh Khan?
Is it a coincidence that most Shah Rukh Khan releases, since Mohabbatein 18 years ago, are repeatedly clashing with other big releases, Diwali or otherwise? In earlier times, he was the clear winner: check footfalls of two (box-office-wise) average films, Mohabbatein versus Hrithik Roshan’s Mission Kashmir, and besides the case of Om Shanti Om and Saawariya, his films like Veer-Zaara (2004) against Akshay Kumar’s Aitraaz (and also Mughal-E-Azam in color and the small Naach) and Don (2006) versus Salman Khan-Akshay Kumar’s Jaan-E-Mann.

In 2012, Jab Tak Hai Jaan came in as a late Diwali entrant against Son Of Sardaar (where the battle first turned murky with Ajay Devgn, actor-producer of the latter film, accusing Yash Raj Films of manipulating screens and prime show times). Both films crossed 100 crore, but the former did it quicker, was a far costlier film and Ajay got more sympathy.

In 2015, Shah Rukh Khan’s Dilwale clashed with Bajirao Mastani (presented by Eros, which had then had a fallout with SRK), and the former film had to eat humble pie. In 2016, Shah Rukh’s Raees was to take on Yash Raj Films’ Sultan opposite his then-bête noire Salman Khan (who had lost in earlier Diwalis, except for his cameos in SRK’s Kuch Kuch Hota Hai and Om Shanti Om) on Eid. Wiser counsel prevailed when they mended fences and Raees also needed extensive reshooting.

But after that, Raees took on the Hrithik home production, Kaabil (their Mohabbatein and Mission Kashmir had also clashed) which had already fixed its release in Republic Day week! This time, while the heroes remained non-committal about their relationship (Shah Rukh and Hrithik were very close friends), Hrithik’s father and veteran actor-filmmaker Rakesh Roshan lambasted the Raees team, calling them and their tactics manipulative. Obviously, both films cut into each other’s business, and once again, emerged losers in return of investments. 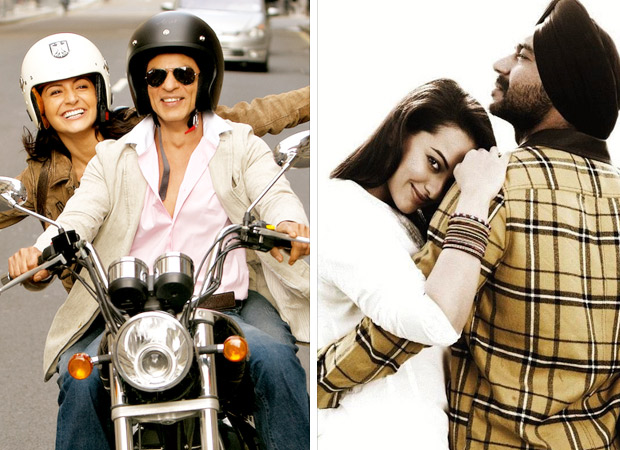 Again, the sympathies remained with the Roshans, who had made a positive film (while Raees was the biopic of a don), and had zeroed in on the date originally. But SRK’s star power ensured a far-better opening and better performance at the box office for his film!

And now, Shah Rukh’s latest production, Zero, has zeroed in on December 21, nixing better collections for the film that had already fixed the date—Sushant Singh Rajput’s Kedarnath that introduces Sara Ali Khan. Zero is coming in just a week before Ranveer Singh’s Rohit Shetty film Simmba, so the latter film will clearly have the tactical advantage.

Ajay Devgn and Diwali
Ajay Devgn too, coincidentally, has been on a clashing pattern, apart from the 2012 contretemps. In 2009 Diwali, his production All The Best did well, unlike Akshay Kumar’s Blue and Salman Khan’s Main Aur Mrs Khanna. His 2010 Golmaal Again took on Akshay Kumar’s Action Replayy in Diwali and came up trumps.

In 2016 Diwali, despite the 100 crore feat achieved, both his Shivaay (he also produced and directed this film) and Ranbir Kapoor’s Ae Dil Hai Mushkil (from Ajay’s bête noire Karan Johar) lost the race, though in terms of costs, Shivaay fared worse, as Ajay had spent a bomb on action and VFX.

But in 2017, Ajay, during the same festive season, got his first Rs. 200 crore film in Golmaal Again, in an unequal battle with the Aamir Khan co-production Secret Superstar, which, however, got more critical acclaim, even if its box-office collections were around a fifth of the Rohit Shetty comedy. 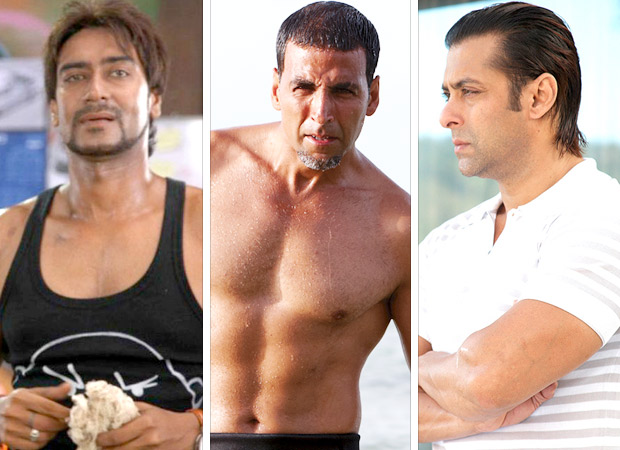 In 1990, the Indra Kumar romantic comedy (co-starring already Numero Uno Madhuri Dixit with Aamir Khan, who had had only one blockbuster before in Qayamat Se Qayamat Tak) hit screens on the same day (June 22) as Dharmendra’s action-studded production Ghayal starring Sunny Deol. With trends being what they were, the freshness of Aamir, Madhuri and them together as a pair, and the hit Anand-Milind soundtrack, Dil emerged the bigger hit and the topper of the year.

But here’s the wonderful news: Ghayal won higher accolades, some key awards, and also emerged as the second biggest hit of the same year, bringing back the Sunny Deol mystique of a powerful action hero after a series of also-rans.

However, 11 years later, the tables were turned when Aamir’s debut production Lagaan and Sunny’s Gadar—Ek Prem Katha hit the screen together, both patriotic period films in their diverse ways. The latter emerged as the biggest blockbuster of the entire decade (2000 to 2009) in terms of footfalls and inflation-adjusted revenue, crossing even Aamir Khan’s 2009 3 Idiots. Lagaan, the Oscar shortlisted nominee, did well only in certain urban pockets of the country, was a hit in Mumbai and more, and won all the accolades. Gadar remains the all-time blockbuster with few equals in the annals of Hindi cinema.