Last Updated 07.08.2022 | 6:58 PM IST
feedback language
follow us on
Bollywood Hungama » News » Bollywood Features News » Deepika Padukone gives a ‘I am a married woman’ response to a fan who shouted, ‘Love you’ at the Konkani Sammelan

Deepika Padukone, who is currently in the US, is spending quality time with husband Ranveer Singh as the two have been busy with work of late. Their recent US trip has however garnered a lot of attention. While they made news after visiting the California concert of Shankar Mahadevan, they also stole the limelight at the recently held Konkani Sammelan. Deepika, who opted for an Indian avatar for this conference, attended it with Ranveer Singh. Considering the fans the actress has across the globe, there are many who have expressed their love for her. When the same happened at the Sammelan, the actress responded to it in her cute yet witty style. 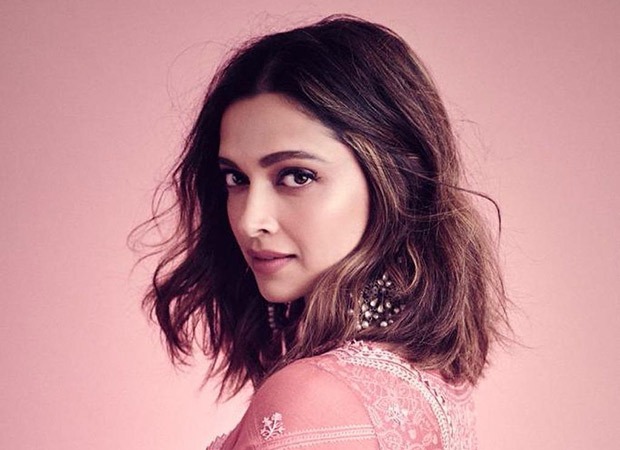 Deepika Padukone gives a ‘I am a married woman’ response to a fan who shouted, ‘Love you’ at the Konkani Sammelan

While Deepika Padukone entered the stage for the Konkani Sammelan she was welcomed with such warmth and claps as fans kept screaming her name. Amongst them, there was a fan who shouted, ‘We Love You’, to which, the actress smilingly replied, “I am a married woman now”. Needless to say, her response left everyone in splits. In fact, the video from the conference even found its way on social media and has gone viral.

This is not the only video from the event that has garnered attention. Yet another video snippet where her husband Ranveer Singh was seen speaking about having kids with Deepika Padukone has gone viral among Deepveer fans. During the event, her loving hubby and superstar Singh confessed that he learnt Konkani because he didn’t want his wife to speak in a language to the kids, that he didn’t understand.

On the work front, Deepika Padukone has a variety of projects in the pipeline. She will be reuniting with Shah Rukh Khan on the big screen with the superstar making a comeback after 4 years in Pathaan that also stars John Abraham. Besides that, she also has the multi-lingual Project K with Prabhas and Amitabh Bachchan as well as the much talked about Fighter where she will be paired opposite Hrithik Roshan for the first time.

Also Read: Ranveer Singh speaks about having kids with Deepika Padukone; says he doesn’t want her to turn the kids against him