Last Updated 07.08.2022 | 6:23 PM IST
feedback language
follow us on
Bollywood Hungama » News » Bollywood Features News » Ranveer Singh speaks about having kids with Deepika Padukone; says he doesn’t want her to turn the kids against him

Ranveer Singh, who is currently spending time with wife Deepika Padukone in the US after taking a short break from work commitments, decided to attend the Konkani convention along with his wife. Needless to say, the actor charmed the audience with some adorable ‘aww’ moments he shared with his wife, and amidst all the ‘baby’ chatters in B-town, the couple also spoke about having kids. 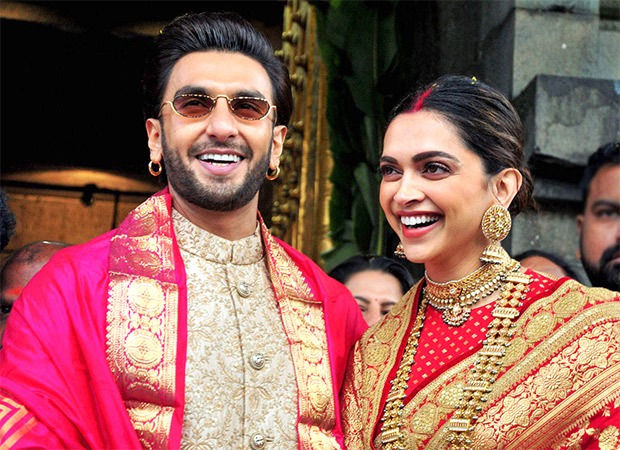 Ranveer Singh speaks about having kids with Deepika Padukone; says he doesn’t want her to turn the kids against him

Readers would be aware that the union of Ranveer Singh and Deepika Padukone was a classic ‘2 states affair’ where the actor belongs to a Sindhi family whereas the actress belongs to a Konkani family. Speaking about their story at the Konkani convention held in California, the couple got candid about having kids and teaching them their mother-tongue. In the process, Ranveer also mentioned that he went on to learn Konkani, to which Deepika responded adding that he decided to learn the language, despite him not knowing his own mother-tongue Sindhi.

A video of DeepVeer has gone viral on social media as fans were left swooning over them as they chatted about having kids. In the video, he confesses that he understands Konkani adding, “There is a reason for this. When we do have children, Jai Julelaal, I don’t want their mother to talk to them in Konkani about me without me understanding it.” Taking the conversation forward, the wife Deepika added, “So he comes up to me one day and says, ‘So, baby I want to learn Konkani’ and I fell for it also that day. I was like ‘it’s very sweet’.  Then over a period time it came up in conversations that it wasn’t about him wanting to learn Konkani but it was so that I don’t turn the children against him.” To the same, Ranveer added, “Of course, I don’t want them to talk in a code language.”

Needless to say their fun banter left everyone around in splits. Interestingly during the conversation Deepika also revealed that Ranveer doesn’t know Sindhi. She said, “I was like of course, I would love to learn Sindhi. Except that he doesn’t know Sindhi. So he can’t attend a Sindhi convention unlike the way I am attending a Konkani convention.” However, Ranveer quickly responded wittily, “Arre, look at my solitaires, I am qualified.”

The video not only garnered ample views but fans even commented asking the couple to have a baby very soon. The couple last appeared on the big screen together in ’83 where they played the role of real life husband-wife Kapil and Romi Dev.

Also Read: Ranveer Singh is not replacing Karan Johar as a host of Bigg Boss OTT