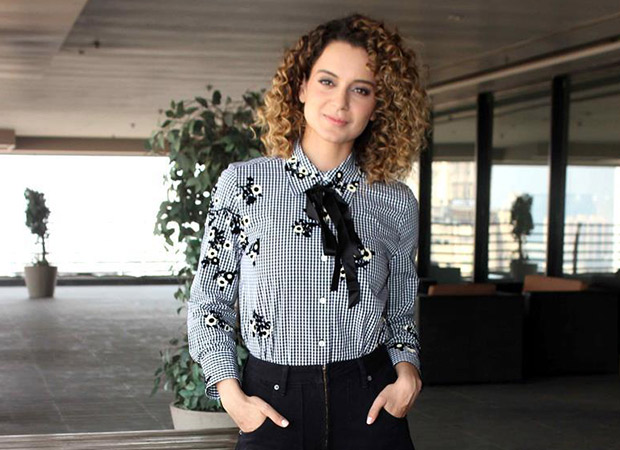 The weeks gone by have been highly explosive thanks to Kangana Ranaut’s shocking comments on the popular India TV show, ‘Aap Ki Adalat’. In the 97 minute long episode, the actress talked about every controversial aspect of her life – being abused by Aditya Pancholi, tiff with Karan Johar on nepotism, allegations of stealing of idea by Ketan Mehta, black magic allegations by Adhyayan Suman and above all, her huge tussle with superstar Hrithik Roshan. A section of industry and moviegoers loved the way she fearlessly slammed her ‘enemies’ without caring a bit about the repercussions.

Unfortunately, for many, the episode didn’t make the desired impact. Firstly, it’s become a bit boring to see the actress raking up the same issues again and again. It seems like she has found a formula to get applause and appreciation from those who consider her a brave, fearless lady who is out there to teach a lesson to the baddies of Bollywood by coming up with such claims. Moreover, one can’t help but wonder if these are all publicity stunts for her films. Earlier this year, Kangana Ranaut claimed (albeit jokingly) that Karan Johar is the ‘flag bearer of nepotism’ and a ‘movie mafia’ on his TV show, ‘Koffee with Karan’. It soon snowballed into a huge controversy and ‘nepotism’ became the word of the year. Incidentally, the episode was aired on February 19, just five days before the release of her period drama, Rangoon.

What also was astonishing is how Kangana Ranaut was showered with allegations by Rajat Sharma. And everytime, she claimed that she’s innocent and it’s others who are at fault. When talking about Adhyayan Suman, she made it clear that she was completely innocent. But one can’t deny Adhyayan Suman’s claims about her and again, she completely avoided this topic altogether. Funnily, she called him ‘ex-boyfriend, with whom she was friends for 5-6 months’! That’s an obvious oxymoron! Even if we deny Adhyayan’s claims of black magic, the other allegations of his can’t just be ignored. And Kangana Ranaut and Adhyayan Suman were definitely not just friends. That they were dating was a fact and was known to everyone.

Coming back to the publicity stunt bit, is this all worth it? There’s no doubt that Kangana Ranaut is a phenomenal actress and delivered outstanding performances in Gangster, Fashion, Tanu Weds Manu Returns and Queen. But her box office track record is not great. After Queen, she was seen in six films, out of which five of them (Revolver Rani, Ungli, I Love NY, Katti Batti and Rangoon) were commercial flops and didn’t even have acclaim from most viewers and critics alike. Despite these failures, she was seen with respect because of her stellar acting talent. But now these controversies are overpowering her acting skills. No actor has managed to survive solely on the basis of controversies. It’s her choice of films that she will be remembered for and in the long run, if her bad films outweigh the few good ones, she is bound to lose credibility.

To conclude, we’d like to advise Kangana Ranaut – let people clap for you on the bigger screen, not with your antics on the TV screen!

5 ways to take style cues from the ever-so…