The social comedy Dasvi was released today on Jio Cinema and Netflix. Starring Abhishek Bachchan, Yami Gautam Dhar and Nimrat Kaur, the film has caught attention ever since its trailer came out. Abhishek Bachchan playing the part of the illiterate Chief Minister Ganga Ram Chaudhary has been appreciated. The character mouths several funny one-liners and it is one of the highlights of the film. 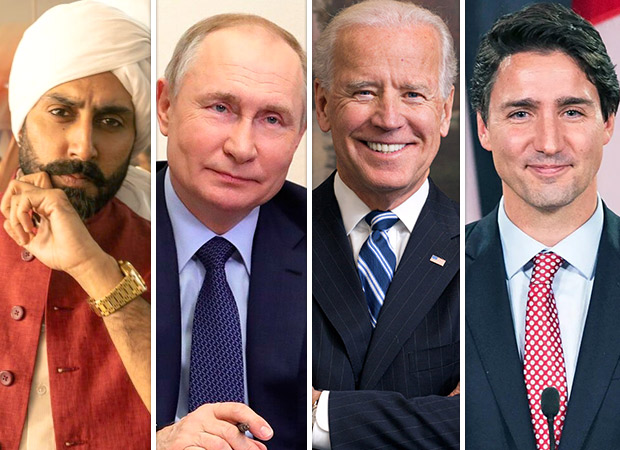 One such dialogue that Abhishek Bachchan cracks at the beginning of the film is particularly interesting. In his entry scene, Ganga Ram Chaudhary is shown shooting for a fitness challenge video. Ganga Ram does a few exercises and then challenges Russian President Vladimir Putin, President of the United States of America, Joe Biden, and Canadian Prime Minister, Justin Trudeau to take up the challenge.

Funnily, he mispronounces Vladimir Putin's name as Putni! Meanwhile, he addresses Joe Biden as Jo Badan. And that’s not all. He forgets the name of Trudeau at first and then calls him Tridev!

This scene was already shown in the trailer and naturally, caught everyone’s attention, including that of Deepika Padukone. She lovingly reacted to it. Taking to her social media, the actress shared the trailer to her story and wrote, "Thank you team #Dasvi for the LOVE! Wishing you guys the best!"