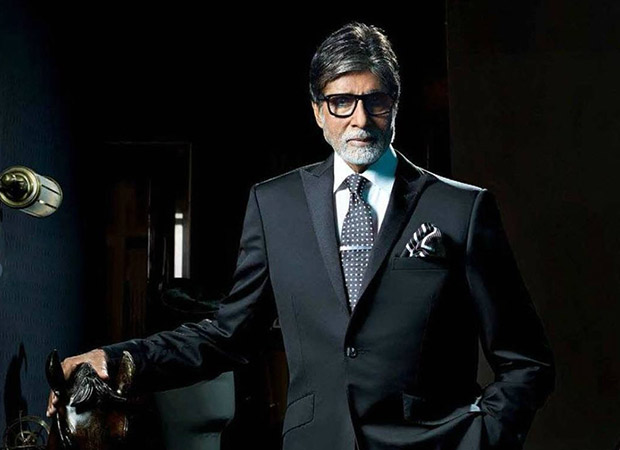 In an interview with Subhash K Jha, Amitabh Bachchan looks back at the year was and begins 2017 with the death of a dear colleague.


A colleague and a co-star and one of our finest actors Om Puri passed away suddenly. Your thoughts on him?
Life’s suddenness astounds us all. He was a friend, an affable loving colleague, a dynamic talent … now lost … just like that... in a whisper that invaded our modern communication system. I went to his cremation. And at the crematorium, the flashes of the night cameras, blinding the path to the bereaved family, were in existence too of their profession that is their most important chore for the day. At that moment my main concern was to hold my friend’s son in an embrace and transfer strength to him in his young world.


Not much to be said to an 18-year old who has lost his father?
“Be strong,” is all I could muster. What else could I say? What else can anyone say? They that have lost personally and in relation, shall bear the end, with greater sorrow I stood in silence, head to the ground, the other condoling visitors stand too.


2016 was the year of Pink, also of Wazir and Te3n. How do you view the year and the acting opportunities it offered you?
All the films you mention were challenging and gave me opportunity to play different roles it’s a norm now with me and my select offerings from prospective producers.


Looking back, do you see Pink as one of the most influential films you've done? Or perhaps THE most influential film of your career?
I would like to believe that every film I did, had an influence, good or bad was for the audiences to decide. PINK was, yes, topical and most impressive in its issue and left the nation with its most dynamic tag line. “No means NO”! Its critical and commercial success, lent credence to what the story had set out to do, and I am proud to have been a small part of it.


I’ve seldom seen you more pleased with your film?
It was gratifying to be able to put across, in a most succinct manner, the turmoil and trauma that women in our country are subjected to and to have subtly brought to the foreground, thoughts and beliefs that were most probably discussed behind closed doors.


While a film like Pink addresses itself to the issue of sexual violation, an incident as shameful as the mass molestation during New Year’s Eve comes along to remind us of how dangerous the world has become for women. What is the solution to the rapid rise in sexual attacks? And what role can cinema play in creating awareness of this problem?
They should all take example from PINK and repeatedly view it. PINK is the answer.


Which are some of the performances and films that you liked in 2016?
Several! I am in great admiration of the talent that the film industry keeps throwing every Friday, and consider myself most fortunate to have had the opportunity to work along with them in some of my projects.


Demonetization has eaten into the middleclass purchasing power. Movie footfalls are seriously affected. Given the bleak scenario do filmmakers need to pull up their socks and should stars reduce their remuneration?
Dangal is going to be perhaps the biggest box office success in these times that you mention. The intent of your question has been defeated by the commercial performance of the film!


What are the projects that you've said yes to this year?
The projects for the year are being worked on and it would be premature to speak about them just yet.


Besides films, we are bound to see you active in many other spheres this year. What are some of the things that we can look forward to from you this year besides the pleasure of watching your performances?
I wonder what ‘other’ spheres you talk of! My work in films is all that I involve myself in, and hopefully there shall be opportunity to talk about them later.