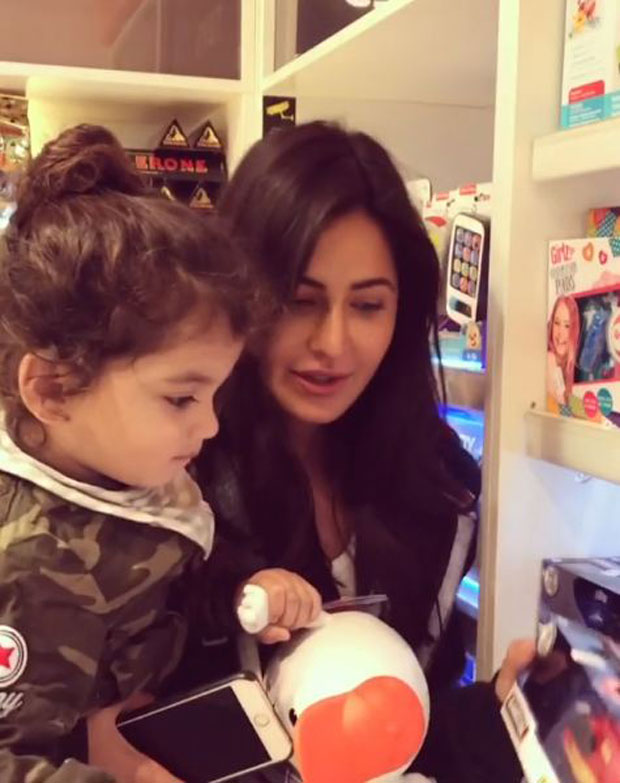 Katrina Kaif has been keeping busy with the shooting of Ali Abbas Zafar's Tiger Zinda Hai with Salman Khan. The actress returned from Greece after a song shoot at the beautiful location.

While returning from Greece, Katrina Kaif met a kid named Rocky and took him shopping. Recently, a video of her was shared by Ali Abbas Zafar where she took this toddler for toy shopping. She is seen lovingly asking the kid which toy he wants and informs him that if he opens it then they have to pay for it. Katrina asks him to point at the toy he wants, to which the kid says, "Chahiye!"

Directed by Ali Abbas Zafar, Tiger Zinda Hai is the sequel to the 2012 blockbuster, Ek Tha Tiger, which was helmed by Kabir Khan. It is slated to release on December 22, this year.

Besides this, Katrina Kaif will be seen in Aanand L. Rai’s directorial starring Shah Rukh Khan and Anushka Sharma in the lead. She will also star in Vijay Krishna Acharya’s Thugs of Hindostan starring Aamir Khan, Amitabh Bachchan, and Fatima Sana Shaikh. Both the films are scheduled for 2018 release.