Anil Kapoor recently took to Twitter to share a couple of pictures from a ‘Boys Day Out’ he had with his son-in-law Anand Ahuja. There’s nothing unusual about the pictures apart from the fact that Anil Kapoor is aging in reverse! The man looks younger than his younger self and we don’t know how he is managing to do that. Only he can pull off an all-black outfit and look better than most ‘young’ boys. 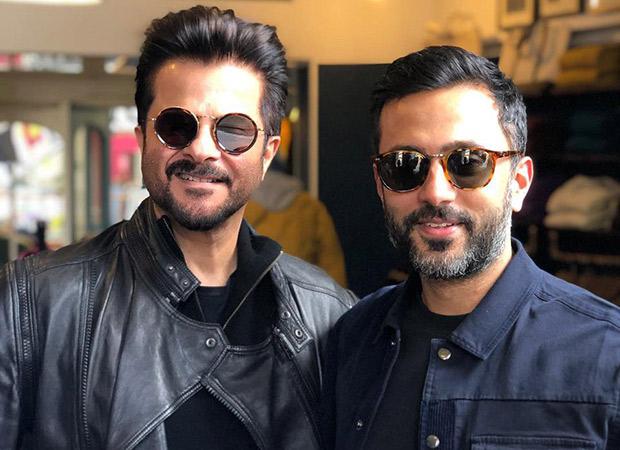 The father-in-law and son-in-law pose together and it is very difficult to not consider them friends of around the same age group. We just want to know the secret to Anil Kapoor’s everlasting youth. Recently, the pictures from the announcement of his upcoming film, Malang were posted with the rest of the cast and yet, he managed to look younger than the rest. This revenge thriller will be another feather in the hat for Anil Kapoor after his last release Total Dhamaal hit the Rs. 150 crore mark at the box office. He uploaded a couple of pictures and captioned them as, “Boys Day Out!

Subtle, no? Calling myself one of the boys?! ???? #sorrynotsorry #sundaydoneright”

Boys Day Out!
Subtle, no? Calling myself one of the boys?! ????#sorrynotsorry #sundaydoneright pic.twitter.com/ozL4U0jEzd

The revenge thriller, Malang, is directed by Mohit Suri and is slated to release on February 14, 2020. With Aditya Roy Kapur, Disha Patani, and Kunal Khemmu in the star cast, Malang is quite an anticipated one and the team has recently commenced the first shooting schedule in Goa.